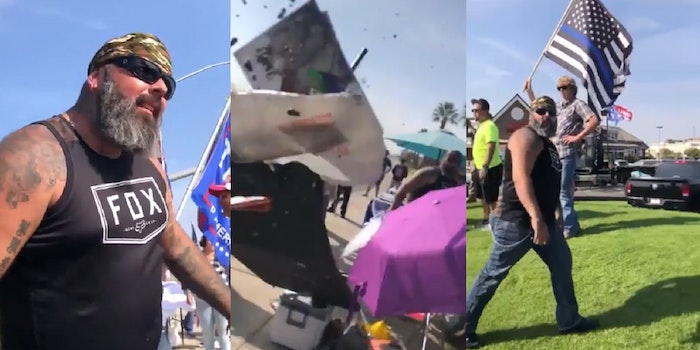 'I'll kick you in the forehead.'