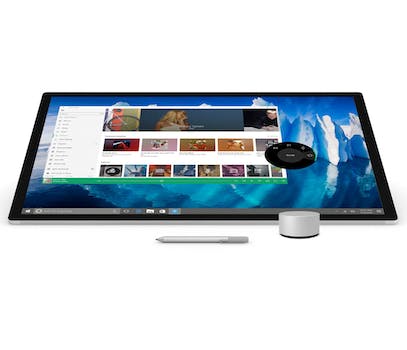 It's the computer of your wildest dreams.

For years, Windows computers have traditionally been the cheapest upfront option, with competitor Apple typically selling desktops at premium prices. Today, Microsoft unveiled its Surface Studio desktop, and its ridiculously awesome capabilities are matched by an equally astounding price.

The Surface Studio is an all-in-one desktop with a built-in 28-inch touchscreen display at a resolution of 4500 by 3000. That’s a whole lot of workspace, so it should come as no surprise that this beast is built with creatives in mind, rather than your everyday Windows user. The display is held up by a pair of adjustable arms that offer “zero gravity” adjustment, making the 12-pound display feel weightless no matter how it is positioned and angled.

As for the touchscreen, it can track 10 points of contact simultaneously— but it’s built with Microsoft’s Surface Pen in mind. In addition to the pen, the Studio also works with the company’s new creative accessory, the Surface Dial. The Dial is, as you’d expect from its name, a turnable knob, and it works in concert with various Windows 10 applications to provide additional functionality, like changing the color of your virtual paintbrush on the fly, or zooming in and out while working on a drawing or render. 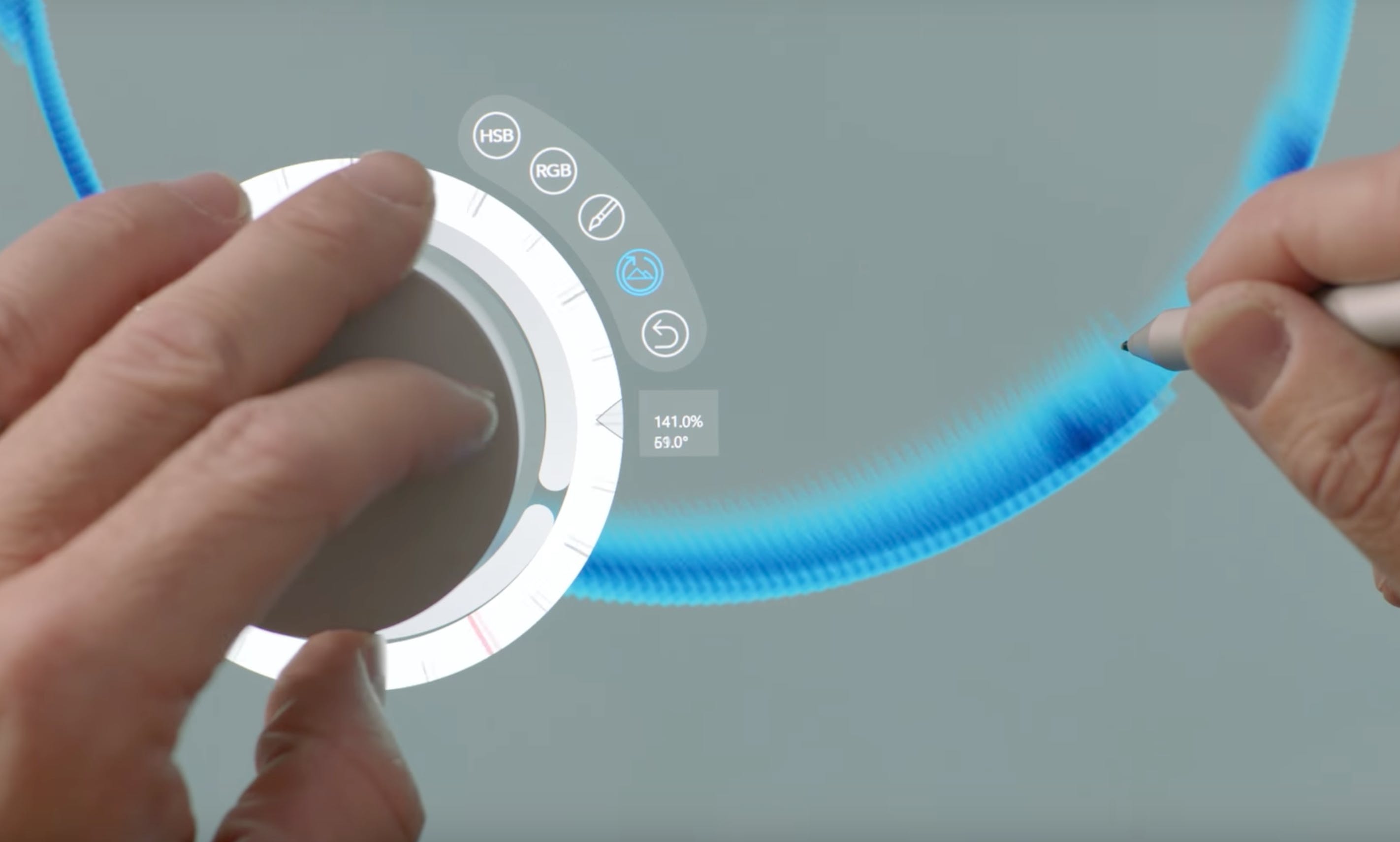 The Surface Studio is available for pre-order today, with a starting price of $2,999. That’s for the most basic version, which comes with a 2GB GPU and an i5 processor. For the i7, 4GB GPU version you’ll need to set aside $4,199, so start counting your pennies!