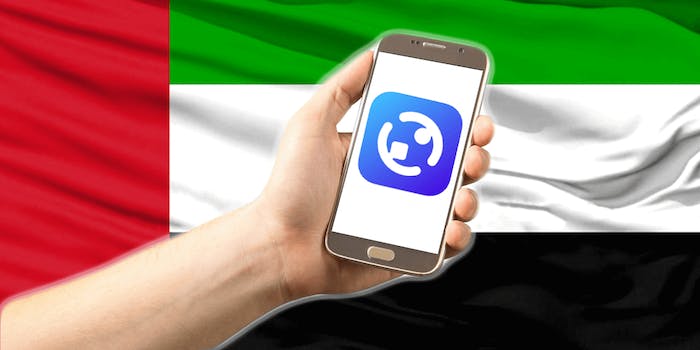 Messaging app ToTok may actually be an Emirati spy tool

Security experts are calling on users to uninstall the app immediately.

A popular messaging app known as ToTok has been accused of being a secret spying tool, the New York Times reports.

The app, which has been downloaded millions of times on both Apple and Android phones, promises to give users a secure and easy way to communicate through video, voice, and text chat.

United States officials, however, told the New York Times that a classified intelligence assessment shows that ToTok is actually run by the United Arab Emirates (UAE).

The app is part of the UAE’s effort to “track every conversation, movement, relationship, appointment, sound, and image of those who install it on their phones.”

Those who downloaded ToTok would have granted it access to, among other things, their microphone, camera, contacts, calendar, and location data.

ToTok became a sensation in the UAE given that the country currently limits the functionality of apps like Skype and WhatsApp. But the fact that the UAE allowed the app to function without restrictions also raised suspicions.

Patrick Wardle, a former National Security Agency (NSA) employee and founder of the security company Objective-See, analyzed ToTok and found that it gathered data by simply requesting access like most other apps.

“You don’t need to hack people to spy on them if you can get people to willingly download this app to their phone,” Wardle told the New York Times. “By uploading contacts, video chats, location, what more intelligence do you need?”

Both Google and Apple removed ToTok from their respective app stores this week prior to the New York Times publication.

Experts like Wardle are now urging anyone who downloaded the app to immediately remove it from their phones.

ToTok has declined to comment on the allegations but claimed in a post on its website that its app was taken down from the Google and Apple store due to a “technical issue.”

News of the app comes as the U.S. government investigates DarkMatter, which has hired ex-NSA hackers and other mercenaries to carry out its operations, for possible crimes.