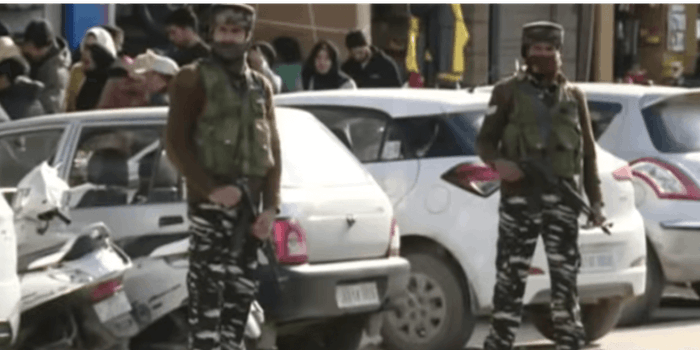 The WhatsApp accounts were reportedly inactive for too long.

In August, the Indian government blocked internet access in the region of Kashmir. Now, due to company policy, WhatsApp has deleted Kashmiri users from its platform.

For several decades, Pakistan and India have disputed for control over Kashmir. In August, India turned off the internet in the region. This week, those living outside of Kashmir got notifications that their Kashmiri friends had “left” WhatsApp groups. WhatsApp is deactivating the accounts because they have been inactive for more than 120 days, according to Business Insider.

“After four months of total communication blackout, WhatsApp is automatically deleting Kashmiris from groups,” Twitter user @DrKaloo posted, along with a screenshot of several numbers leaving a chat at once.

People questioned what was happening on social media.

“WhatsApp, why is everybody automatically leaving from groups in Kashmir? There is no internet there for last 120 days,” Twitter user @kaleemhaque wrote.

@WhatsApp why is everybody automatically leaving from groups in Kashmir? There is no internet there for last 120 days. pic.twitter.com/xVSWYTIOEf

Widespread confusion followed after Kashmiris left WhatsApp conversations in masses. Facebook, which owns WhatsApp, said it was due to its inactivity policy.

“To maintain security and limit data retention, WhatsApp accounts generally expire after 120 days of inactivity,” Facebook told BuzzFeed News in a statement. “When that happens, those accounts automatically exit their WhatsApp groups. People will need to be re-added to groups upon regaining access to the Internet and joining WhatsApp again.”

The internet blackout has sparked international support for the people of Kashmir. On Instagram, which is also owned by Facebook, users are changing their profile pictures to the color red in solidarity for people in the region.

Instagram user standwkashmir, who has a red profile picture, posted a collection of screenshots showing the exodus of Kashmiri WhatsApp users.

“It is a chilling reminder that it has been 122 days of the siege, where Kashmiris have been withheld from basic human rights, and are still under the oppression and tyranny of the Indian government who have forcefully cut Kashmir off from the world,” they wrote.

Facebook was unable to respond to the Daily Dot’s request for comment by the time of publication.