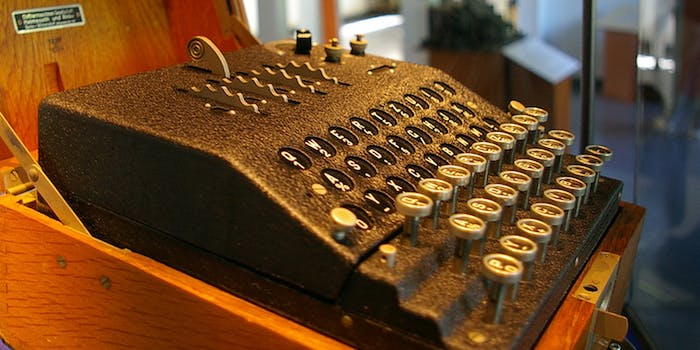 Are mathematicians scared to talk about the NSA?

Mathematicians and computer scientists are among the most qualified to weigh in on the NSA's hacking efforts, but they've been surprisingly quiet.

After former intelligence contractor Edward Snowden leaked a trove of documents detailing the U.S. National Security Agency’s massive spying operations earlier this summer, the backlash against the agency was substantial: 44 percent of the public disapproved; the U.S. House of Representatives failed to defund portions of the agency’s domestic surveillance program by only a handful of votes; and the president of Brazil canceled her trip to America, calling the NSA’s actions “a breach of international law and an affront” to Brazilians.

But according to a recent piece in the science journal Nature, one notable demographic exception to this outrage has been mathematicians and computer scientists.

As Nature points out, those occupations, despite being among the most qualified to critique the NSA’s technological capabilities, maintain a complicated relationship with the agency.

Many of the NSA’s more questionable electronic surveillance activities overlap directly with their fields. For example, according to Snowden’s documents, the NSA has backdoors through much of the encryption that encodes the Internet. And these attacks, as well as the agency’s bulk data-analysis programs, all require powerful supercomputers.

However, the issue is complicated by the fact that the agency is also the largest employer of mathematicians in the world. It funds research and recruits from Ph.D. programs. At a time when tenure-track positions in academia are on the decline, industry math jobs have become more important than ever. With many of those jobs being in finance or insurance, the NSA offers some of the more interesting problems for mathematicians and computer scientists to work on.

As a result of this codependence, Nature claims, mathematicians “shrug” off NSA spying revelations. And so, there has been surprisingly little commentary or insight from those most qualified to give it.

Nature offers an instructive example that betrays the complexity of the relationship between mathematicians and the NSA:

Christopher Monroe, a physicist at the University of Maryland, researches cold atoms, which may prove vital to information storage in a quantum computer. A grant from the NSA allows him to do his work.

“I understand what’s in the newspapers,” he says, “but the NSA is funding serious long-term fundamental research and I’m happy they’re doing it.”

Of course, the NSA’s interest in quantum computers is not doubt quite different from Monroe’s. If the agency develops a quantum computer, it will allow them to easily unravel much of the encryption that secures the Internet. It would be a sort of 21st Century Enigma machine, capable of decrypting many of the most closely guarded Internet transactions.

And how do they know it would work? It’s been proven—mathematically.