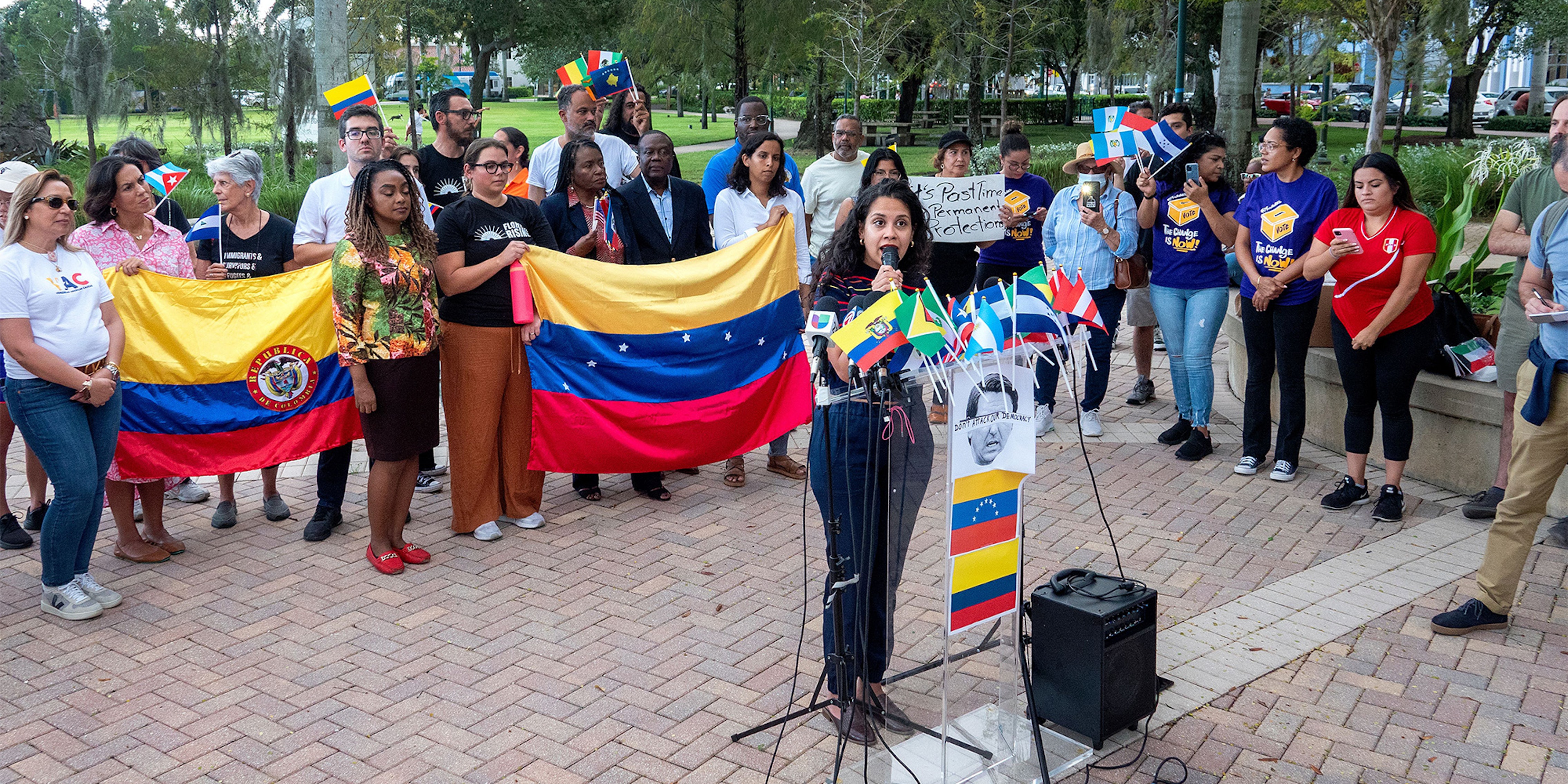 ‘Are you in need of volunteers?’: Records reveal how Martha’s Vineyard rallied to support migrants flown in by DeSantis

Emails obtained by the Daily Dot showed an incredible outpouring of support from local residents after the Sept. 14 arrival of 48 Venezuelan migrants to the island of Martha’s Vineyard in Massachusetts.

Formerly staying in a shelter in San Antonio, Texas, the migrants were transported to Martha’s Vineyard on private flights with promises of shelter, work, and financial assistance falsely made by a woman now identified as ex-military counterintelligence officer Perla Huerta. The two flights were organized by Florida Gov. Ron DeSantis (R), part of a larger move by Republican governors to put pressure on President Joe Biden’s immigration policies.

DeSantis defended the move in a Sept. 15 speech, stating that “Florida is not a sanctuary state.”

“All those people in D.C. and New York were beating their chests when Trump was president, saying they were so proud to be sanctuary jurisdictions, saying how bad it was to have a secure border. The minute even a small fraction of what those border towns deal with every day is brought to their front door, they all of a sudden go berserk. And they’re so upset that this is happening. And it just shows you their virtue signaling is a fraud.”

According to records obtained by the Daily Dot, the “liberal” residents of Martha’s Vineyard did just what the right-wing thought they wouldn’t.

Martha’s Vineyard officials had “no notice until [the migrants] were on the ground and in the community,” according to text messages obtained by the Daily Dot. However, as news broke, residents rushed to provide support and help out in any way they could.

The Daily Dot reviewed over 300 pages of emails, inquiries, and press releases sent to the Dukes County Sheriff’s Office that highlighted questions and concerns about the migrants’ arrival and the community’s response.

The migrants initially gathered outside St. Andrews Episcopal Church after a miles-long walk from the airport, where they were temporarily housed before being voluntarily transported to a shelter on Joint Base Cape Cod on Sept. 16.

Martha’s Vineyard has a permanent population of about 17,000, served by a relatively small social services program when compared with other northern sanctuary cities like New York City and Washington, D.C. Its ability to handle the migrants’ unexpected arrival was doubtful at first, with some citizens of other states writing to the Dukes County Sheriff’s Office to express their satisfaction at the unprecedented situation.

“It is such a blessing for you all to experience what it is actually like to be inundated with illegal immigrants. This experience by you and several other sanctuary areas can now rely on actual experience rather than just your ideology and virtue signaling,” wrote one person. “You now know what out of control immigration actually looks and feels like.”

“You are so fortunate to experience first hand the challenges the border states are facing. Use your influence to get Biden & Harris to close the border!” wrote another. “Welcome to diversity and equity!”

“You are the people who want open borders. Not only is this fair, but it’s 100% justifiable. Step up, hypocrites!” wrote a Texas resident.

Few and far between were the more critical messages, however, as the Dukes County Sheriff’s Office was flooded with offers of donations and temporary housing for migrants just hours after their arrival.

The majority of the 350 emails the department received were proof that much of the Martha’s Vineyard community stood behind the newly arrived migrants and their families.

“We live in West Tisbury and have two spare bedrooms and a bathroom that we would like to offer as temporary housing for the recently arrived migrants,” offered one local family. “We can provide immediate food and housing until a more permanent solution is reached.”

“I have the potential to provide housing and employment to a family of three,” another resident wrote.

Other employment offers for migrants rolled in from states like Maine and neighboring Vermont, along with the opportunities to seek housing and learn English while working.

“We have hired many J1 visa students who speak Spanish, among other languages. We have helped many young people learn about American culture and learn the English language while on the job,” one Vermont business owner wrote. “We have housing and job opportunities and could host up to four people.”

Offers to translate either in person or over the phone were made by many who contacted the Sheriff’s office.

“I am currently on the island until the very end of October, speak Spanish fluently and would like to volunteer my time as a translator if there is a need,” one visitor offered.

A nurse located in Boston, Mass. wrote that she was unable to travel but “would gladly translate anything you might need translated to/from English/Spanish.”

The sheriff’s department received a number of concerned inquiries from local citizens about the migrants’ futures, with one veteran teacher even offering to coordinate English lessons for the migrants after their departure from Martha’s Vineyard.

“I would like to help set up, coordinate and teach basic survival English classes for the Venezuelan migrants,” they wrote. “I have over 30 years of experience teaching language and I am fully bilingual in English and Spanish.”

“Has a fund been set up for donations to help these people get to their families here in the U.S. or to establish homes in Massachusetts?” asked one citizen.

Offers of legal services for the migrants were received from both in state and around the country.

“[I’m a] Cape Cod based attorney with asylum experience representing immigrants crossing the border into Texas during the family separation crisis. Happy to help however I can,” wrote one local lawyer.

In a Sept. 15 press release, the Dukes County Emergency Management Association said that it was “grateful to the many local and neighboring community members who have reached out with offers of support.”

The press release also acknowledged the influx of donation offers, stating that despite the generosity of local individuals and organizations, “Joint Base Cape Cod is not logistically able to accept donations of any kind.”

Maya Wray is a Fall 2022 FOIA intern for the Daily Dot. She is currently a senior at the University of Texas at Austin, where she studies journalism in the Moody College Honors Program. She has written for the Daily Texan and the Austin Chronicle.