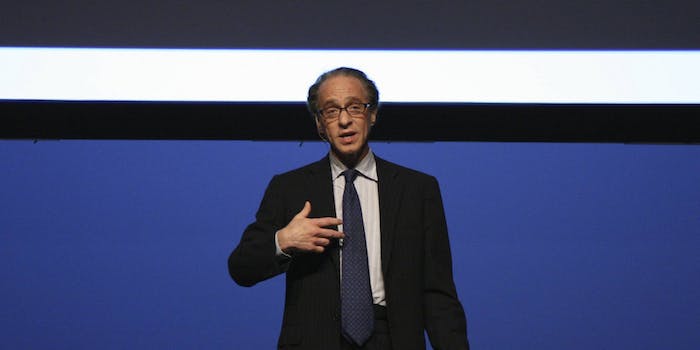 The futurist was not impressed with the most recent Turing Test competition.

Ray Kurzweil believes that a computer will be able to convince people that it is human. He just doesn’t think it’s happened yet.

The famed futurist took issue with the idea that a bot recently passed what is known as the Turing Test, an experiment that challenges computers to impersonate humans so thoroughly they inhabit the role well enough to convince judges. While a chat bot did successfully convince a panel of judges that it was a 13-year-old Ukrainian boy named Eugene Goostman, Kurzweil dismissed the idea that this was a true pass. “I am disappointed that Professor Warwick, with whom I agree on many things, would make this statement,” Kurzweil wrote, regarding the event organizer who announced that the bot had beaten the test.

Kurzweil has every reason not to dismiss it, since he has a $20,000 bet riding on the idea that a computer will pass the Turing Test by 2029. If anything, he has motivation to be more lenient. But he isn’t going to let problems he has with the experiment slide. After talking to the bot in an online conversation, he thought it did a bad job of acting like a real person. Kurzweil also found the rules of the test too lax. “Professor Warwick claims that the test was ‘unrestricted.’ However, having the chatbot claim to be a 13-year-old child, and one for whom English is not a first language, is effectively a restriction. Moreover, the interactions were reportedly limited to five minutes each. There is a high likelihood of fooling naïve judges in such a brief period of time,” he wrote.

It’s not an out-and-out lie to say Eugene passed the Turing Test, since Alan Turing never laid out rules. But Kurzweil and Mitchell Kapor laid out a stringent set of guidelines for their version of the test when they established the parameters of their wager, and according to those standards, the Turing Test remains unbeaten.

“Apparently, we have now entered the era of premature announcements of a computer having passed Turing’s eponymous test. I continue to believe that with the right rules, this test is the right assessment of human-level intelligence in a machine,” Kurzweil said.