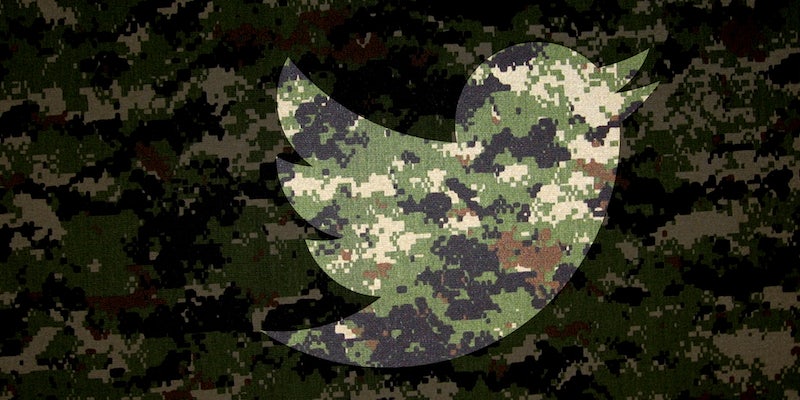 Isn't it ironic, don't you think?

The Islamic State, famous for its large and well-disciplined social media presence, has suffered thousands suspensions of supporters’ Twitter accounts over the past 48 hours.

In response to the spike in bans, supporters of the Islamic State (a.k.a. ISIS) have claimed that their free speech rights are being violated by a hypocritical Western corporation that don’t respect the rights of those they disagree with.

(Twitter, being a private company and not the U.S. government, has no legal obligation to permit speech on its platform.)

Although it’s not possible to view all of the accounts that Twitter has suspended over the past two days, the vast majority of the banned accounts we found promote the Islamic State in various ways, including showing off extremely graphic and often bloody media. Images and videos boast and celebrate ISIS’s successful killing of enemies as well as encouraging further violence—a clear violation of Twitter’s terms of service.

Twitter did not respond to a request for comment, nor have they specified the exact reasons for the recent spike in bans.

The goal is to get their hashtag trending and gain more attention to their cause. Opponents hope that the only thing the protest accomplishes is to create an easy list of accounts for Twitter to ban.

In the Western world, the relationship between free speech and terrorism has long been murky. The Islamic State has expertly used social networks like Twitter to gain followers and support while the networks themselves, making them a target of both law enforcement and national security authorities.

A U.S. Justice Department senior official said earlier this week that he would consider bringing criminal charges against anyone who spreads ISIS propaganda on social media. Europe’s free-speech laws are even stricter against violence and racism, making prosecutions more likely.

Elijah Magnier, the chief international correspondent for Kuwati newspaper Al Rai, engaged with ISIS supporters on Twitter in the wake of the bans.

The Islamic State has no laws respecting freedom of speech, of course. Quite the opposite: Dissidents are dealt with harshly, often with death.

“Isn’t freedom of speech a Kuffar’s bid’a now?” Magnier asked. A kuffar is a derogatory term for a non-Muslim used by ISIS supporters, while a bid’a is a sin.