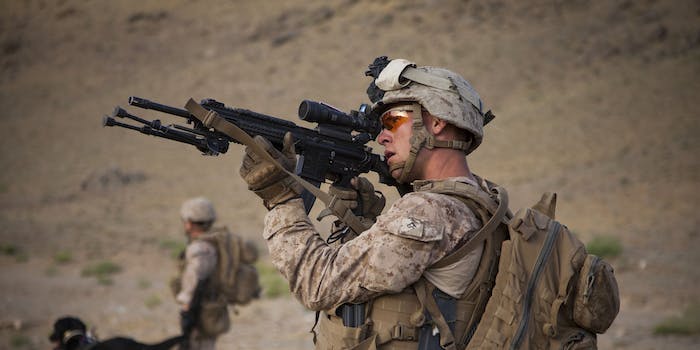 Do we have to do all the work for you, U.S. government?

The U.S. government has decided to call the ongoing campaign against the Islamic State “Operation Inherent Resolve.” This name is, to put it bluntly, almost as bad as the actual 2003 invasion of Iraq.

We’re going to cut the government some slack for not coming up with a better name. They have more important things to worry about—like conducting the military operation itself. So, while the Pentagon is busy scrambling F-15s from aircraft carriers and whatnot, we at the Daily Dot decided to poll our readers for a better name.

The U.S.’s name for its campaign against ISIS, “Operation Inherent Resolve,” is awful. What would you call it instead?

There are a lot of things to consider when naming anything, especially a military operation that is going to be the subject of a thousand news stories. The name has to look good in both a CNN news chyron tomorrow and an American history book in 2044. Far too few people appreciate the challenges inherent in resolving this dilemma.

Luckily, we have some pretty smart readers. Here are the best of their suggestions for this new military campaign.

@DotPolitics @WillMcAvoyACN Operation Hopeless Quagmire: See you for round II in fifteen years

6) What we really need, inexplicably, is a bigger war

8) And the straight-faced “AMURCA” suggestion

@DotPolitics @WillMcAvoyACN Operation Steel Rain. Make me feel like the whole goddamn world is about to land on them.