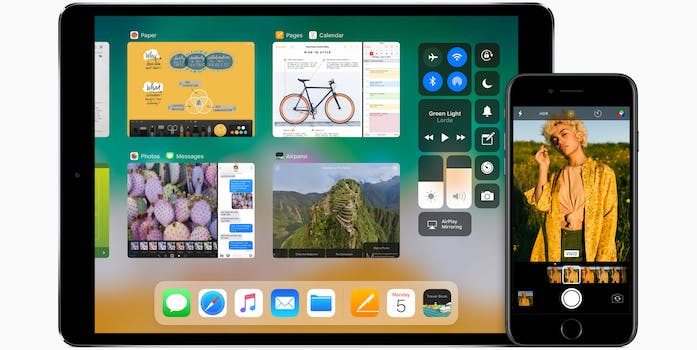 Apple is changing up how two major social networks integrate with iOS 11, but it’s not necessarily a bad thing.

In 2011, Facebook and Twitter were the past, present, and future of social on mobile. So naturally, Apple did something big: it first integrated Twitter logins, then Facebook’s, directly into its OS settings. Once logged in, you could share websites, maps, anything, straight to your Facebook page or Twitter followers. But starting later this year, that will no longer be the case.

End of an era pic.twitter.com/YL9fNt38xA

To address this, Apple developed a new way for apps to handle sharing in iOS 8—share extensions. Share extensions made it possible for one third-party app to integrate itself into share sheets system-wide. That meant you could share content with friends or other apps from any other app on your iPhone. Starting in iOS 11, Facebook and Twitter will simply use sharing extensions as well—just like any other iOS application.

There’s another issue at play here as well. Perhaps only a small number of people ever logged into those social networks via their phone’s settings. Personally, other than initially testing out that social integration, I never used it in subsequent iPhones. It sounds like many other people didn’t bother with it, either.

With iOS 11, Apple is leveling the social playing field, while also making the OS more consistent and logical. For most, it shouldn’t be a big deal, but it is an interesting change.