Photo via fotopamas/Flickr (CC BY 2.0)

Considering Imgur is one of the top 25 sites in the U.S. with 60 billion images viewed each month, the lack of an official iOS application was somewhat perplexing. Now the company is rectifying that brief oversight, and is rolling out a new mobile application for iPhone.

The company says that while third-party apps are great (and there are plenty of them), the experience is “too cluttered,” for what its users want. Imgur says the mobile application will have a sleek user interface and make it easy for people to upvote, share, and submit their favorite images.

The application will sort images by popularity and time, just like on the main Imgur site, as well as make accessing profiles and favorites simple. The company said it’s putting images and threaded comments front and center so community members can interact seamlessly with each other. You can’t upload images quite yet, but that feature is coming soon.

Imgur launched its first iOS application back in August 2013, but it was pulled from the App Store because, as the company says, “it wasn’t our best work.” Since then Imgur raised $40 million in funding and expanded its team to focus on creating new products the right way—including its latest mobile app. 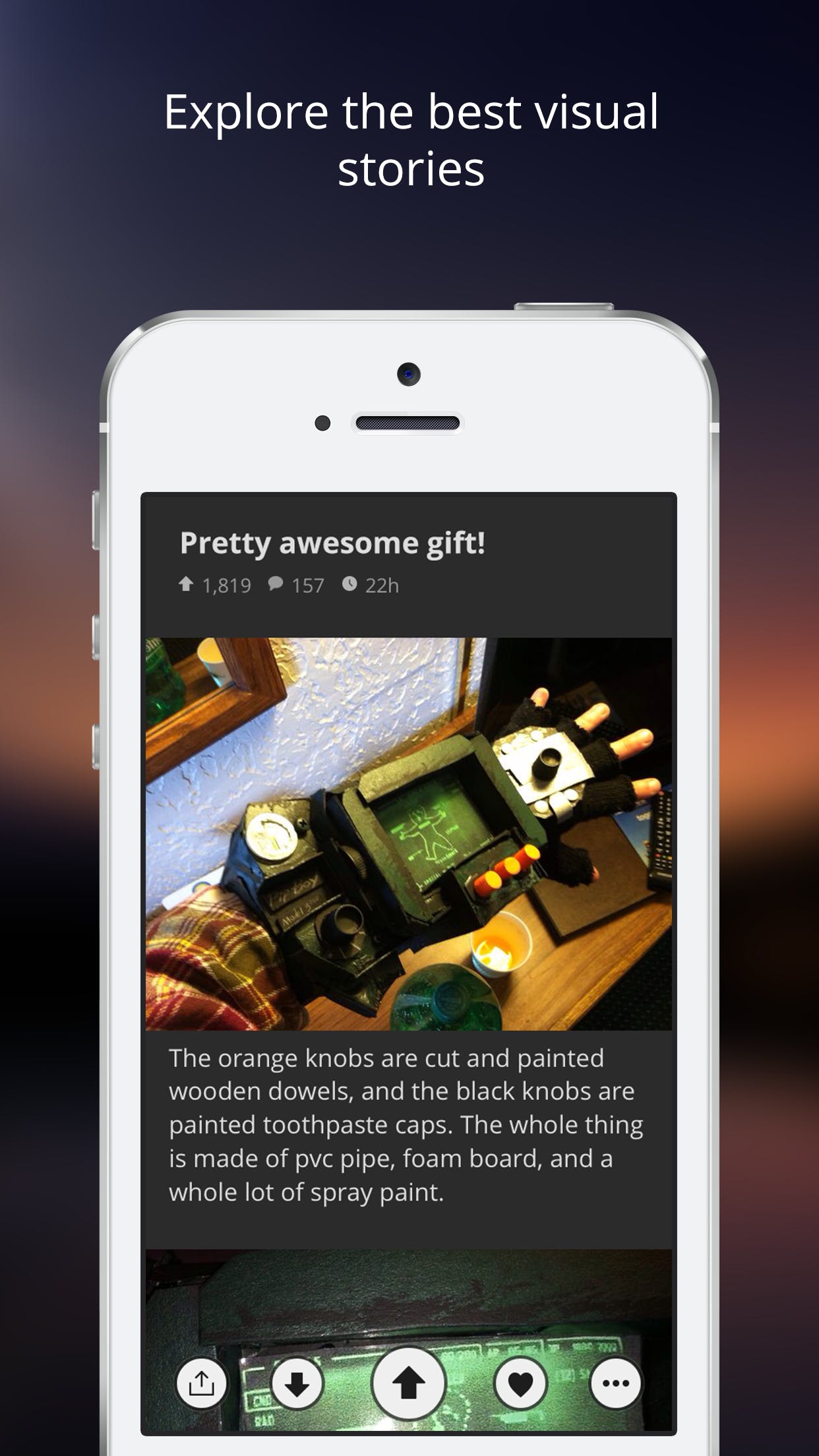 The launch of the new iPhone app coincides with Imgur’s sixth anniversary. At an event in San Francisco on Wednesday during which the new iPhone app was unveiled, Imgur founder and CEO Alan Schaaf said the company has plans to roll out a revamped Android version as well.

In recent months, Imgur has unveiled a number of new products, including its GIF-making feature Vid to GIF, GIFV, and Imgur Pro to all users.

“I’m so excited about what we’re working on, but it’s just the beginning,” Schaaf said.

Photo via fotopamas/Flickr (CC BY 2.0)