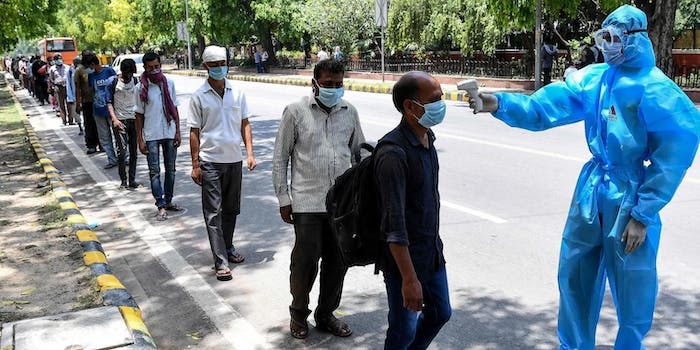 ‘I don’t go out of my building’: What life in India is really like right now

At one point, India celebrated its short-lived triumph over pandemic. Then COVID roared back against the complacency.

Akshay Dhiman has lived most of his life in Delhi, the second most populated city in India in the second-most populated country in the world. His father and sister live there. So do his grandparents and friends. But in December, Dhiman moved 900 miles and a two-hour plane ride away from where his world used to be.

Mumbai, his new place of residence, is even bigger than Delhi, but Dhiman’s world has shrunk.

Now, Dhiman almost never leaves his building. He doesn’t visit the shops below his bedroom. He gets his groceries delivered. He talks with his family online, but he lives alone and doesn’t get much other human interaction.

In a new city, Dhiman lives in a brand new world, where COVID hangs in the air as thousands of his countrymen die every day because there isn’t enough help and oxygen for all the sick people.

“This is not normal,” Dhiman, my remote co-worker and web developer for Clarion Media Group (which owns Nautilus), said.

Read the rest of the story here at Nautilus.