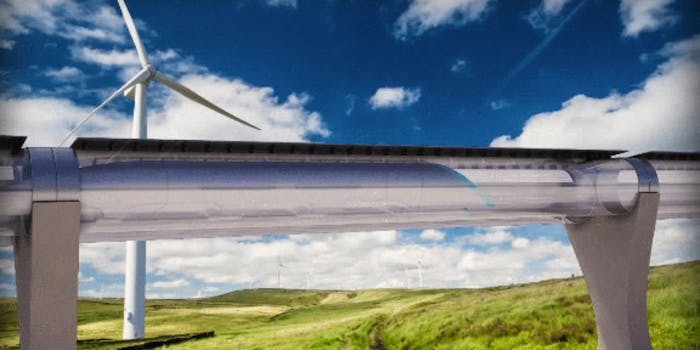 We are one step closer to the future of travel.

Hyperloop Transportation Technologies, a group of scientists and engineers dedicated to building out Musk’s idea for pods that transport people up to 800 miles per hour, announced plans for a five-mile stretch of test track to be built in California, CNBC reported.

The group isn’t affiliated with Musk himself, as he mostly removed himself from any Hyperloop-related development after showing off initial plans. Instead, it was created by the JumpStartFund, a website that brings creative people together to collaborate on projects, no matter how dispersed the teams are. Hyperloop Transportation Technologies described plans to build a Hyperloop prototype back in December, and now that the group has struck a deal with California developers, the test track is expected to be built along the Interstate 5 highway.

“This is big step,” Dirk Ahlborn, CEO of the JumpStartFund, told CNBC. “It’s time to take the Hyperloop from concept and design and build the first one.”

However, Musk also recently announced his own plans for a test track, though they were still in the early planning stages. According to Musk, his test track may be located in Texas.

Regardless of where the test runs will eventually take place, it appears that the futuristic high-speed transportation system is no longer just a moonshot idea.