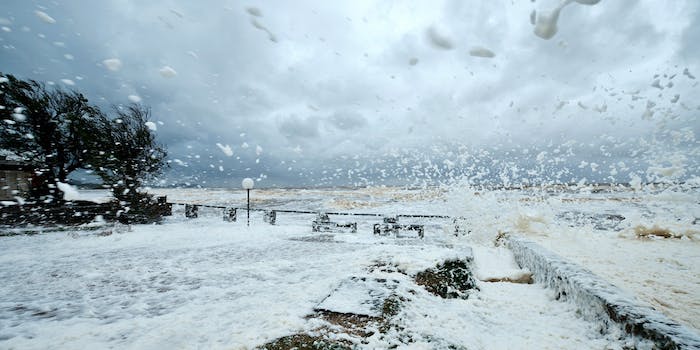 A deadly storm... or liberal spin?

Hurricane Matthew is real. It is deadly. And it is definitely not a left-wing conspiracy meant to trick Americans into believing in climate change.

Influential conservatives, including Rush Limbaugh and Matt Drudge, are pushing the notion that liberals are overblowing the seriousness of Hurricane Matthew to further their environmental agenda. 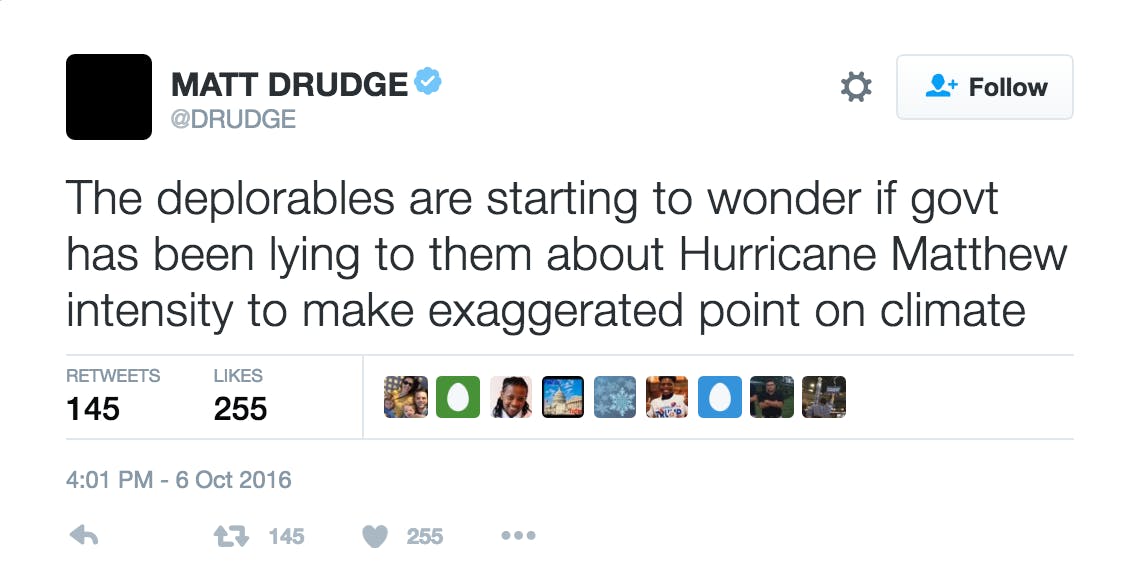 Deplorables is the name supporters of Republican nominee Donald Trump gave themselves after Democrat Hillary Clinton referred to them as a “basket of deplorables.” It is unclear how much Trump supporters ascribe to the Matthew conspiracy.

On The Rush Limbaugh Show, the host claimed that he has “perfected how hurricanes are reported” as part of his effort to spot “the politics in hurricane tracking and hurricane forecasting,” which he says is led by the “tainted” Obama administration.

It is true that natural disasters are politicized, and Hurricane Matthew is no different. As the Associated Press reports, both the Trump and Clinton campaigns have pulled their ads in Florida as the deadly storm barrels down on the sunshine state.

“Nothing is more important than the safety of your family,” Trump said in a statement. “Please stay safe.”

In a tweet, Clinton told her followers to follow the advice of authorities and evacuate dangerous areas.

Hurricane #Matthew is a major storm. I urge everyone to follow emergency instructions and evacuate if you're told to. Stay safe Florida. -H https://t.co/zYgTH1oMbc

Hurricane Matthew has already killed more than 100 people in Haiti and is, as of publication, on track to heavily impact much of Florida’s Atlantic coast and parts of Georgia and southern South Carolina.

Gov. Rick Scott (R) has ordered 1.5 million people to evacuate areas of danger. “You need to leave. Evacuate, evacuate, evacuate,” he said. Scott has ordered 3,500 National Guard troops to help with the evacuation and emergency procedures, while President Barack Obama has issued a state of emergency in Florida.

As Bryan Norcross, who has literally saved lives by conveying the seriousness of storms to those affected, said: “This is not hyperbole.”

The @WeatherChannel just aired this unusual message from @TWCBryan, urging evacuations. "This is not hyperbole, and I am not kidding…" pic.twitter.com/tUYYM32hXX