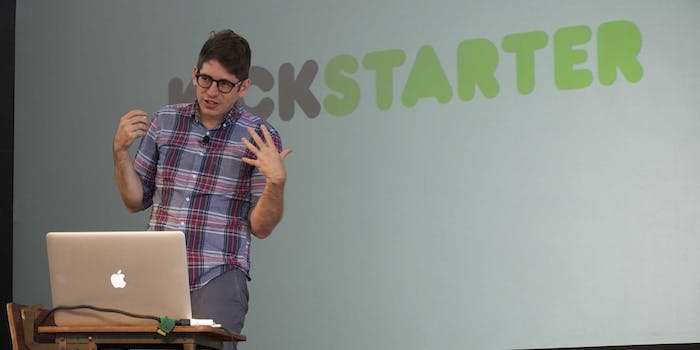 Kickstarter advice from the pros who've been there.

On a recent Tuesday, I braved a slushy mixture of rain, sleet, and snow to attend a panel discussion titled “Kickstarter for Artists and Photographers 101” at the company’s Brooklyn headquarters. Kickstarter HQ is a squat brick warehouse on Kent Street, where Greenpoint juts into the East River.

The discussion was moderated by Victoria Rogers, Kickstarter’s art and photography outreach lead. The panelists were Scout Tufankjian, a photojournalist who used the platform to fund a photography book documenting the global Armenian diaspora; Lucien Zayan, director of The Invisible Dog, a Boerum Hill-based art center that hosts performances and exhibitions with its crowdsourced windfall; and Marshall Reese, one-half of the interdisciplinary visual arts duo Ligorano/Reese, who most recently used Kickstarter to fund an ice sculpture bearing the words “THE FUTURE” that was mounted (and melted) in Manhattan during the U.N. Climate Summit and People’s Climate March.

An important point crystallizes during the panel, and it bears acknowledging up front: It is much easier to fund a creative project if you’re already known in artistic circles. You don’t necessarily need to be Amanda Palmer or Zach Braff, but you’re certainly more likely to meet your funding goal if you already have a modest legion of fans and the means to mobilize them. Social capital is the only way to amass actual capital.

“You see this a lot: ‘I have a really great idea and I’ve never done this before, but please give me the money.'”

And in case you’re wondering, only about 40 percent of Kickstarter projects succeed, according to Rogers, which means that roughly 60 percent are doomed. But, with these cheery facts in mind, here’s how to improve your odds.

Phase one: The prep work

Few people truly appreciate the amount of work that goes into a Kickstarter campaign pre-launch. But your project won’t get off the ground if you can’t prove that you have both the artistic talent and the business acumen required to pull off a large-scale creative work. To do that, you’ll need to establish your identity as a Creative Person of Note well before the campaign starts.

“It made a difference that I brought people in [on Kickstarter] toward the end of the project,” Tufankjian said. “You see this a lot: ‘I have a really great idea and I’ve never done this before, but please give me the money.’ And yeah, maybe you can do it, but I think people like to push you over the top, as opposed to having to lift you up from the bottom.”

During a later session, Stephanie Pereira, Kickstarter’s director of community education, proffered artist and musician Tim Fite as a prime example of creative community-building. Fite began teasing iBeenHacked (an album-cum-interactive art experiment) on his Facebook page more than a year before the actual Kickstarter campaign launched. He also created a music video (“Me So Selfie“) with Swiss electro-rocker Bonaparte, cast a bunch of his Facebook fans in it, and parlayed the resulting creative cred and fan frenzy into a campaign that ultimately garnered coverage in the hallowed pages of the New Yorker.

It helps to look at successful Kickstarter projects similar to yours, said Tufankjian. What does the video look like? How much money did they ask for? What rewards did they offer? That research isn’t just helpful for building and structuring your own project, she said—you can harness the community that supported those campaigns, and the bloggers who covered them, to give your own work some momentum. Email them, tweet at them, find them on Facebook—whatever it takes to get their attention.

“The big thing about Kickstarter was not just the funding—which was obviously hugely important—but the network that had built around it,” Tufankjian said. “I’d been working on my own for so long, I had started to worry that nobody would care about this project, except for possibly my father.”

“It’s a full-time job,” Tufankjian said. “You’re not going to get any sleep.”

Because Kickstarter now has its own built-in following—and a legion of tech bloggers whose job it is to scour the site for the next viral phenom—there’s a good chance that once your project gains some steam, people will take notice. One of Ligorano/Reese’s projects, a fiber-optic tapestry, wound up nabbing some unexpected tech-world coverage, which pushed the campaign over the top, Reese said. “I didn’t have those kinds of connections, and I realized then that Kickstarter is an incredible tool for outreach.”

Bust out your calculator

Get ready to do some math. A lot of math. Zayan said his team at the Invisible Dog spent about a month calculating how much it would take to fund a season of art exhibitions and performance pieces. Then there’s the cost of manufacturing and shipping out rewards, the cut that Kickstarter takes out of successfully funded projects (5 percent, plus 3 to 5 percent in processing fees), and the big, sloppy bite the government takes out of your windfall in the form of income taxes.

Before you launch, reach out out to friends and family and anyone else you think might give you money, Zayan said. Find out what they’re willing to donate, and subtract that amount from your final calculation. The less you ask for on Kickstarter, the more likely it is that your project will reach its goal. “The money you need is not really the money you need to raise. You have your brother, your sister, your best friend, and you know that these people are going to give you money.” Hopefully, anyway.

Then there’s the matter of how much you reasonably think you can get from fans and strangers. Most people who create Kickstarter campaigns for art and photography projects aim for $1,000 to $10,000, according to Rogers. When Tufankjian asked for $35,000 for her photography book, she was fairly certain she needed much more, but didn’t want to seem grabby. (As luck would have it, she raised $61,000 on Kickstarter, and several thousand more in private donations.)

“I looked at every friend of mine who had run a successful Kickstarter and every friend of mine who had run an unsuccessful Kickstarter,” she said. “Then I thought about how much I usually want to give. Generally, I can afford to support a friend for 30 bucks. So I created a reward scale that included a $30 reward, and it turned out to be really popular.”

When it comes to backer rewards, start with a $1 or $5 tier, Reese said. Some people may want to donate to your project but don’t have the means (or the inclination) to give you much, and every dollar counts. Plus, at that price point you won’t have to offer an expensive or cumbersome reward in return—a postcard or a shout out online will do.

Tufjankian’s most common donation was $100, for which backers were promised a signed copy of the book. For $75, they received a pair of slippers hand-made in Armenia. “I thought offering something quirky was a good idea,” she said. For $30, backers got a postcard.

If you can dream up compelling rewards that don’t cost much to produce or ship, all the better. For Zayan, most of the rewards came cheap or cost nothing at all. For $30, Zayan had an artist-in-residence hand-paint donors’ names on a wall at the Invisible Dog’s compound, for instance, and people who donated $200 received a comped ticket to an Invisible Dog performance or exhibition. Ligorano/Reese’s reward for a $10 donation was an MP3 recording of the ice sculpture as it cracked and melted. 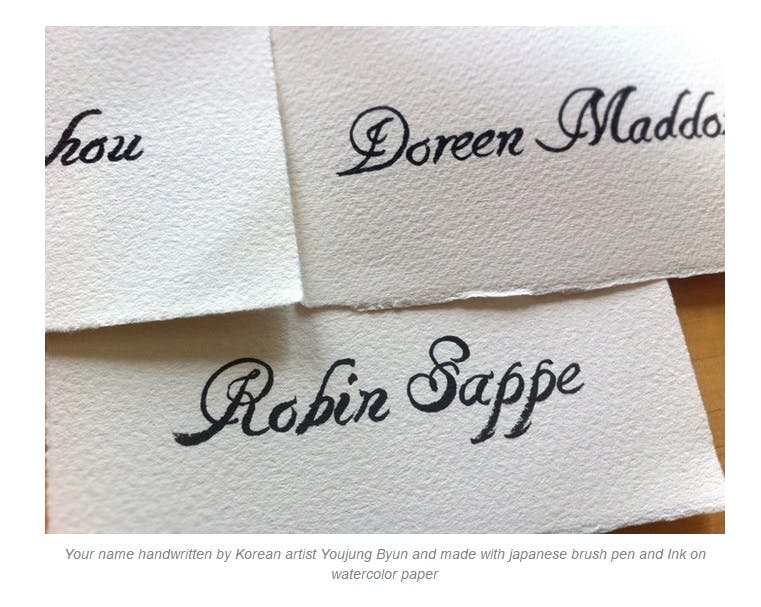 “You don’t want [the rewards] to become burdensome,” Reese said. “You have maybe hundreds of people behind you, and you’ve got to give them something back. If you give them a digital print that costs $50 to make, and they only gave you a pledge of $30, that’s a problem.”

The amount of outreach required to fund a Kickstarter campaign sounds exhausting, but it works. “It’s a full-time job,” Tufankjian said. “You’re not going to get any sleep.”

Tufankjian not only sent regular email blasts to her fans, friends, and followers, she also reached out to the Armenian community, generally a less Web-savvy bunch than her cadre of fellow artists, but the beating heart of her project. They were, she reasoned, the people who would most want to see a book documenting the Armenian diaspora come to life.

The panelists all emphasized that you can’t be shy about asking for money and support. The Web is a shameless place to begin with, and a Kickstarter campaign necessitates it. “I get hit up for my friends’ Kickstarters all the time, and I’m never offended,” Tufankjian said. For her own project, “I tweeted at random strangers. If someone was prominent in the community, I got their email address and randomly emailed them. I did five or six updates on my Facebook page.

“The tweeting at strangers actually worked astonishingly well,” she added.

“It’s humbling, to send an email asking for somebody’s support,” added Reese. “People don’t mind you contacting them. Yes, it seems like you’re bugging people, but these are your friends and supporters, and they want to help.”

Congratulations, you’re flush with cash! Now you get to focus on bringing your creative project to life. Give your backers some love on your blog, your mailing list, and your Facebook page. Tell them how much you value their support, and reiterate your promise to deliver the goods. Then get to work. 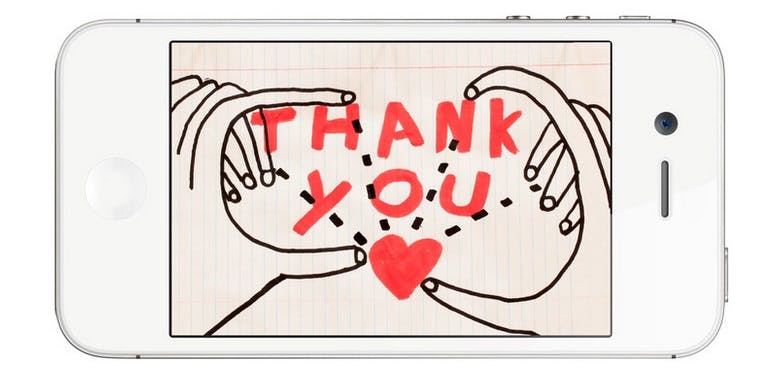 This is where some projects run into trouble and even fail, despite meeting their funding goals. Unexpected manufacturing costs crop up, or equipment malfunctions, or there are substantial shipping delays. In general, Kickstarter backers are a patient lot, but keeping them in the dark is sure to breed frustration and disappointment, Reese said. Post regular updates on your blog, and if rewards or the project itself are delayed, be honest about it. Trust in the kindness and understanding of your supporters, the panelists suggested. If there’s such a thing as decency on the Web, it can be found in the Kickstarter community—according to Kickstarter, anyway.

Photo via rexhammock/Flickr (CC BY SA 2.0)