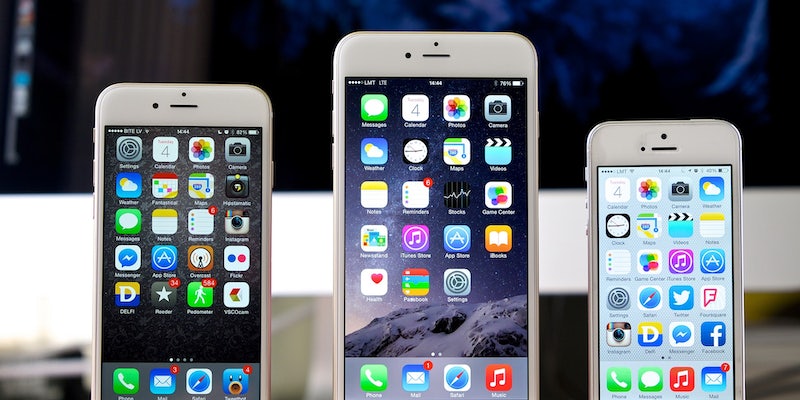 How to download iOS 8.3 and get Apple’s new diverse emoji

Because emoji come in all shapes and sizes.

Today Apple unleashed its latest iOS update in tandem with new software for Macs. While iOS 8.3 brings a surprisingly long list of tweaks and improvements to Apple’s mobile operating system, the most notable update applies to the tiny, newly colorful characters that we love more than almost anything.

Yes, the new emoji have arrived.

To access Apple’s new set of modified unicode characters, you’ll need to update your iPhone or iPad to iOS 8.3. As always, you’ll need a Wi-Fi connection and more than 50 percent of your battery in reserve, unless you’re plugged in.

To begin the update, nudge your iOS device toward Settings > General > Software Update and choose the option to download and install. The download time will be variable, but the update weighs in at less than 1.5GB—not small, but a far cry from the iOS 8 update that parked 5GB of our iReal estate.

A new cast of emoji isn’t the only thing new in iOS 8.3. The update’s notes are actually quite long, including changes to everything from CarPlay to Messages. (The full list of updates lives here if you’d like to know what you’re getting into before you take the iterative plunge.)

Once you’ve installed the update, using the new characters is as simple as it’s ever been: Just swap keyboards and breathe in the richness of iOS 8.3. On OS X, you can pull up the emoji keyboard window by pressing the control, command, and shift keys simultaneously.

You might not be forever changed, but at least our emoji experiences will grow a bit more reflective of life beyond the confines of our handheld glass rectangles.

Photo via Janitors/Flickr (CC BY-2.0)