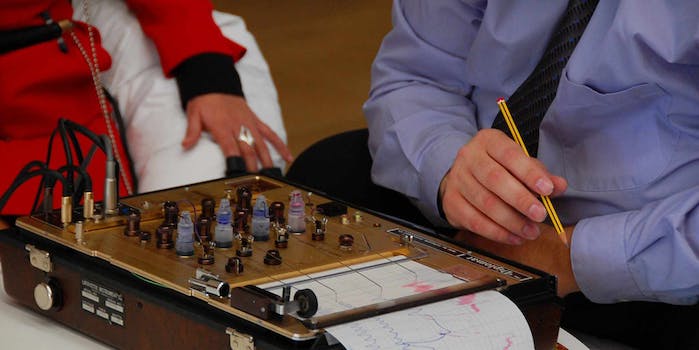 The targets of the investigation may have simply purchased the wrong book.

How were these people unfortunate enough to find themselves on this list of undesirables? They simply purchased the wrong book, according to a McClatchy report.

The list allegedly grew out of a pair of criminal investigations into authors who were teaching readers how to beat lie detector tests. The goal was to determine whether anyone had purchased information about fraudulently passing such tests and used it to gain government security clearances.

But the scope of the list went well beyond government employees. It also scooped up data on movie executives, university employees, and people who worked at the American Red Cross. The information was subsequently passed around to agencies such as the IRS, NSA and FDA.

“When it comes to national security, the government has a lot of leeway,” a Washington lawyer whose spouse ended up on the list told McClatchy. “But to me, this list raises First Amendment [concerns], due process and privacy issues.”

The intent of the program was to prevent another Edward Snowden from making off with a trove of secrets, or to stop government officials from making illicit profit using their positions. Snowden himself likely passed a polygraph test in order to obtain the Top Secret clearance he utilized as an NSA contractor working for Booz Allen Hamilton.