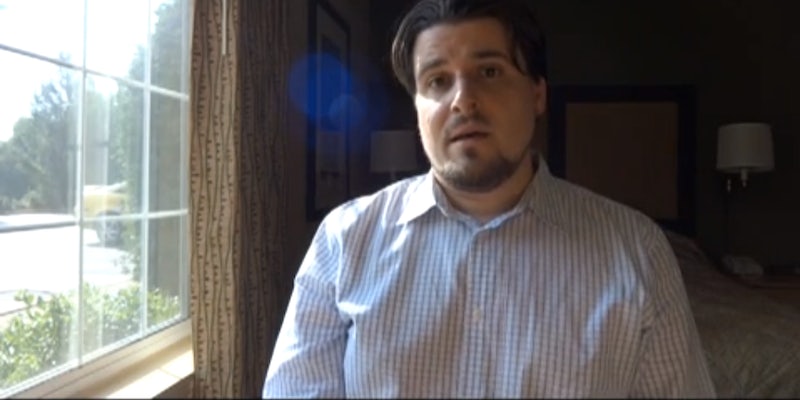 Kickstarter’s apology for not defunding a Reddit pick-up artist's book project is one of the best in Internet history. Now Ken Hoinsky has followed suit.

Plenty of companies have had to apologize publicly. Usually, the public relations team makes sure the word “wrong,” an admittance of fault, stays out of the equation.

But Kickstarter’s apology for not defunding a Reddit pick-up artist’s book project is one of the best mea culpas in Internet history. After a viral blog post by comedian Casey Malone criticized Ken Hoinsky’s crowdfunded Above the Game: A Guide to Getting Awesome With Women, citing questionable advice that verged on sexual assault, a petition on DoSomething.org and a public outcry followed.

Kickstarter initially said last week that it would not pull the page before its deadline. The creator would be allowed to receive the more than $16,000 he made on the site. But on Friday, the company admitted, “We Were Wrong.” Kickstarter issued a statement saying had it had more time, it would have taken down the offending project.

There were two reasons Kickstarter didn’t cancel the project:

1) The decision had to be made immediately because the project was ending in two hours, and the site had never removed a project that quickly.

2) The site is biased heavily toward creators. “This thinking made us miss the forest for the trees,” the company wrote. “Kickstarter is committed to a culture of respect.”

The site says that if it’d seen the offending parts of Hoinsky’s proposed book, the company would have never allowed it to remain up. “There is no taking back money from the project or canceling funding after the fact,” the statement says. Kickstarter has now taken down the page, but a version remains cached for posterity. Kickstarter is prohibiting future seduction guides, effective immediately. The company will also donate $25,000 to RAINN, the Rape, Abuse, and Incest National Network.

The response to Kickstarter’s change of heart has been mostly positive. It’s a much more thorough, heartfelt apology than Paula Deen’s or Serena Williams’s.

To some, the failure to take down Hoinsky’s page is unforgivable. For others, the labeling of the guide as “violence against women” went too far. But mostly, Kickstarter put out a beautiful work of PR magic. And RAINN will make a chunk of much-needed money.

It’s more than an apology: It’s an amazing learning opportunity for the men of Reddit’s r/seduction. Their community hasn’t ever seen this kind of scrutiny and negative attention before. Articles ran with headlines such as “Kickstarter apologizes for $16K raised by misogynistic ‘seduction guide’ creep” and “Does this guide teach men to rape?” Yikes.

This morning, Hoinsky issued his own updated apology. It’s promising.

“In the most offensive and controversial parts, I chose my words poorly. Very, very poorly,” he wrote. “I meant one thing and people were reading another. THIS IS A MAJOR PROBLEM. I needed to seriously evaluate every last word of my writing to make sure I wasn’t encouraging sexual assault in any way, shape, or form. I want to wholeheartedly apologize to everyone I offended.”

Hoinsky also says he met with Ben Kassoy of DoSomething.org, whose petition to ban the project from Kickstarter received 50,000 signatures in one day. Kassoy’s was one of “many meetings I will be having with anti-rape and anti-abuse organizations and experts to make sure that the advice I am offering is free of any tinge of sexual assault or rape vibes. I will be rewriting Above the Game under their guidance and insight,” Hoinsky wrote. “My name may have been martyred in the press, but I will be using this opportunity for good.” He will also be doing an AMA on Reddit this afternoon to further the dialogue on the intersection of men’s dating advice and feminist issues.

If the men of Reddit’s r/seduction learn anything from Kickstarter’s turnaround and from Hoinsky’s proactive and thoughtful apology, it should be that a necessary conversation has been started here, and if you choose to engage with it and expand your knowledge, growth, and change are possible in big ways.