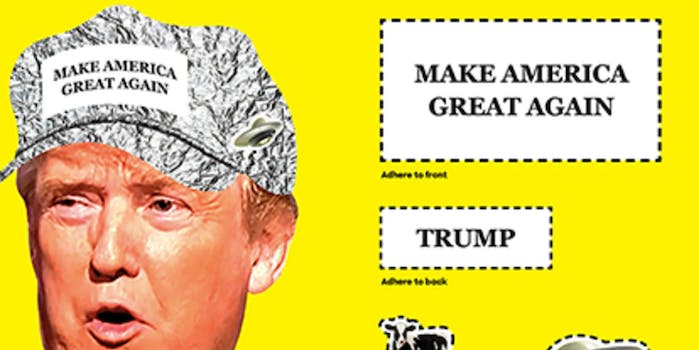 Clinton wants you to make your own Trump tin foil hat

Hillary Clinton and Donald Trump‘s Twitter feud has reached a boiling point. This time, Clinton took it up a notch.

The Democratic Party presidential candidate is offering her followers a guide on how to make a “Trump Tinfoil Hat” in response to all his conspiracies surrounding the election.

Trump loves conspiracy theories almost as much as his hat. But why choose?

The cutout lists some of the conspiracies Trump has publicly backed: that Barack Obama and Clinton founded ISIS, climate change is a Chinese hoax, and Ted Cruz’s father was involved in the Kennedy assassination.