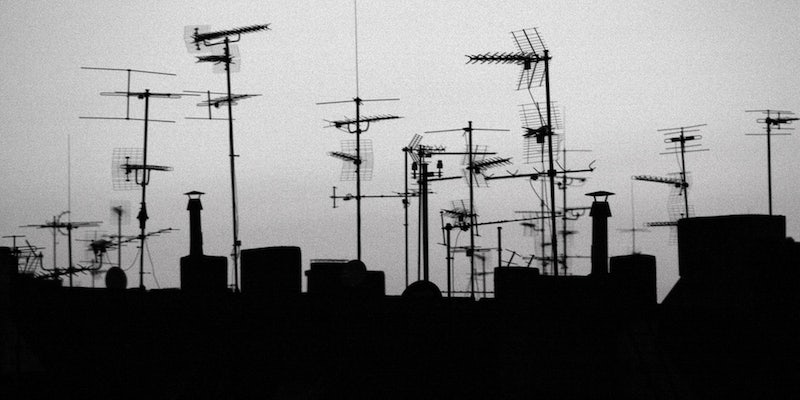 Communities around the world are building their own parallel Internets to stay out of reach of governments and major corporations.

In an effort to buck the expensive rates of unreliable corporate telecom companies, a community in Athens, Greece, has created its own private Internet.

Built from a network of wireless rooftop antennas, the Athens Wireless Metropolitan Network (AWMN) now has more than 1,000 members. Data moves “through” the AWMN mesh up to 30 times faster than it does on the telecom-provided Internet.

According to Mother Jones, this off-the-grid community has become so popular in Athens and on nearby islands that it has developed its own Craigslist-esque classifieds service as well as blogs and an internal search engine.

“It’s like a whole other Web,” AWMN user Joseph Bonicioli told the magazine. “It’s our network, but it’s also a playground.”

The AWMN began in 2002 in response to the poor Internet service provided by traditional telecommunications companies in Athens. However, the past few years have illustrated another use for these citizen-run meshes: preserving the democratic values of the Internet.

As the Internet has become a ubiquitous presence in day-to-day life, governments around the world have sought to control it. In 2011 for example, when former Egyptian president Hosni Mubarak found out that protesters were organizing on Facebook, he commanded the country’s Internet service providers to shut down access, denying 17 million Egyptians access to the Web for days.

Later that year in the U.S., the city of San Francisco temporarily shut down cellphone service in its transit system to stop a protest.

As Bonicioli told Mother Jones, “When you run your own network, nobody can shut it down.”

These DIY meshes are also used to provide Internet in places major telecom companies can’t—or won’t—reach. For example, one was constructed last year in the Brooklyn neighborhood of Red Hook after Hurricane Sandy knocked out resident’s access to the networks of major Internet service providers.

Similarly, Guifi, the largest mesh in the world, was built to address spotty Internet service in rural Spain. It has over 21,000 members.

It is estimated (albeit roughly) that the NSA touches as much as half of the world’s Internet communications each day. The agency gains access to much of this information through partnerships with telecom companies that allow the agency to install splitters on their fibre optic Internet cables. Privately run meshes would deny the NSA—and other government intelligence agencies around the world—this access point to Internet data.

As the New America Foundation’s Sascha Meinrath told Mother Jones, “We’re making infrastructure for anyone who wants to control their own network.”