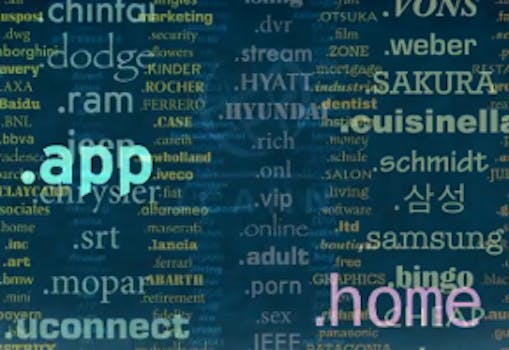 If the Internet were a map, then Google would already own a good chunk of the real estate. But Top-Level Domains-—.com, .org, and the other extensions you choose when creating a website—are kind of like area codes. Some are trendier and more in-demand than others.

Last June, Google shelled out a tidy $19 million to apply for 101 available top-level domains from ICANN, the International Corporation for Assigned Names and Numbers. Some of these TLDs made sense, like .youtube and .app. But others, like .soy, .lol, and .baby? Not so much—but Google was planning on sharing some of the wealth with the rest of us. Possibly for a price.

Last year, CNet analyzed Google’s applications for the domain extensions and broke them down into three categories: the domains Google planned to hoard, those it planned to make available to anyone, and a third category it would restrict to content-relevant websites. In other words, if Google’s application for .movie is approved, then you probably can’t build your NFL fansite on a .movie domain. 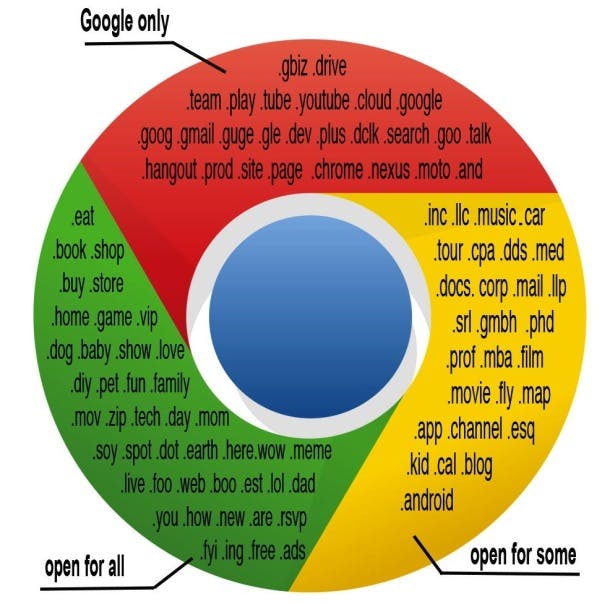 Illustration by Jason Martin via CNET

ICANN recently opened the application process up to public comment. Last Thursday, Google Vice President Ben Fried filed a public letter elaborating on its plans for the domains and urging that the application process keep progressing. He also revealed that if ICANN approves Google’s applications, Google would let the four previously mentioned domains slip from its clutches into the publicly available sector.

So how likely is ICANN to approve Google’s applications? According to the ICANN website, the general criteria for applicants involves demonstrating “the operational, technical and financial capability to run a registry.” Many would argue that Google has those all well in hand. And Google’s goals—a third of them, at least—seem to coincide nicely with ICANN’s goals for making 1,900 new TLDs available for application: namely, “to allow for competition and innovation in the marketplace.”

Google isn’t the only major player causing anti-competitive worries—authors and publishers have already rallied against Amazon’s attempts to control .book, .author, and .read, for example.

But by applying for so many TLDs, Google might be looking to expand its own reach rather than encourage the free market. If it decides to enter the registrar business and sell access to its domains, for example, even established domain registrars like GoDaddy might not be able to compete.

And then there’s the factor of Google’s plan to restrict certain domains only to relevant kinds of content. Being able to control the streamlining of content with the available domain extensions would directly work to benefit and enhance Google’s own search algorithm. If Google’s search engine any more content-aware, it will probably just evolve sentience and start devouring whole cities. Grab that .London Top Level Domain while you can, because Google is hungry.

The application process is still ongoing, but it’s never too late to daydream about what domain names you can make with options like .wow, .sexy, or .and. You can view the whole list at the ICANN website, or just sit back and enjoy the soothing visual flow of an expanding Internet—one that may be expanding right into Google’s hands.