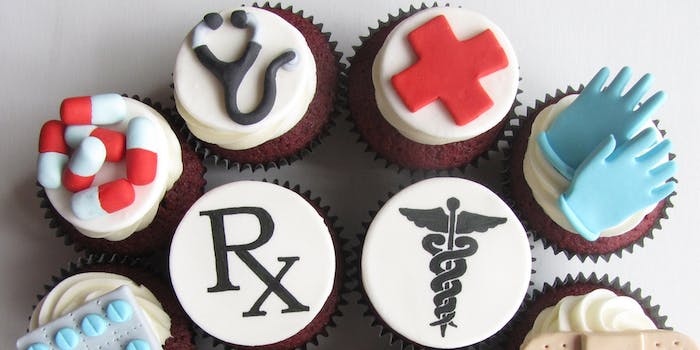 Photo via clevercupcakes/Flickr (CC BY-2.0)

Google will starting telling you what the hell that rash is

No, really what is that?

The advent of the social Web has improved a great many things in the last few years, but figuring out what the hell is wrong with you isn’t one of them. Diagnostic health apps still leave plenty to be desired (and god help you if you opt to ask Twitter or Facebook) so it’s only reasonable that most of us still flock to Google with our most intimate, horrifying symptoms. The good news is that Google is finally making an effort to provide helpful search results for health inquiries—ones verified by science, even!

Google announced Tuesday that it will add basic health and medical info into what’s known as the Knowledge Graph, or the kinds of curated data that Google has begun to sew into the top of the search page. For example, if you ask Google what temperature it is in San Francisco right now, instead of being immediately assaulted with a hyperlink to the ad-ridden mess that is weather.com, a box with the forecast pops up above the fold.

While Google doesn’t want its health suggestions to be interpreted as formal medical advice, the information is a step above your average paginated WebMD health hellscape, checked for accuracy by both Google’s own medical team (apparently Google has a medical team, because of course they do) as well as the Mayo Clinic.

“In the long run, not only do we plan to cover many more medical conditions, but we also want to extend this to other parts of the world,” said Google Product Manager Prem Ramaswam, in the announcement. “So the next time you need info on frostbite symptoms, or treatments for tennis elbow, or the basics on measles, the Google app will be a better place to start.”

Photo via clevercupcakes/Flickr (CC BY-2.0)