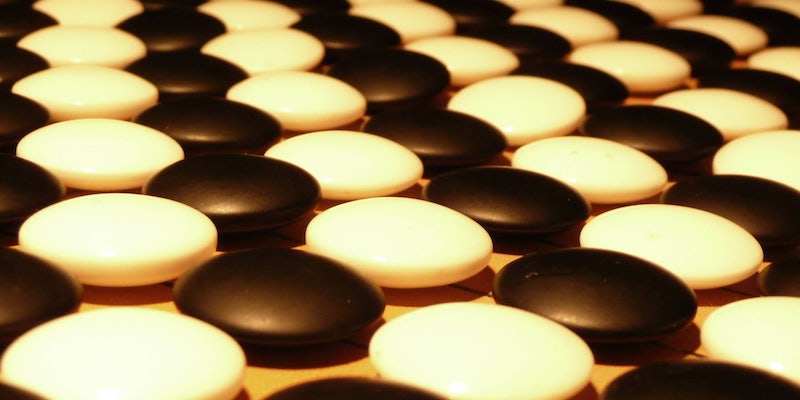 Over 40 million people around the world play Go, a popular board game that originated in China. As of Wednesday, the game’s best player may now be a computer program.

Legendary Go player Lee Sedol came up short in a match against AlphaGo, a machine-learning algorithm crafted to play the ancient board game by Google’s DeepMind team.

The victory for the computer came after a three and a half hour bout with Sedol, who ranks second in the world in international titles in the game with 18. “I didn’t expect to lose. [But] I didn’t think AlphaGo would play the game in such a perfect manner,” Sedol said after the match according to the Verge.

The match was the first of five planned faceoffs between Sedol and AlphaGo as part of the Google DeepMind Challenge Match series, currently taking place in Seoul, South Korea. Follow up games between the newfound rivals are scheduled for Thursday, Saturday, Sunday, and Tuesday and will be broadcast on the DeepMind YouTube channel. A $1 million prize is at stake for the series.

Though the win against Sedol is AlphaGo’s most impressive, it isn’t the algorithm’s first; earlier this year, the machine learning program swept European Go champion Fan Hui, defeating the Go player five games to zero.

Fan Hui held a rank of 2 dan, which put him in the professional rung of the game. But Sedol represents a much larger challenge and much more impressive victory for AlphaGo, as the South Korean pro player holds the highest possible rank of 9 dan. According to Google, AlphaGo holds the skill equivalent to a 5 dan professional player.

Whether AlphaGo emerges victorious in any of its remaining matches against Sedol is almost irrelevant; the artificial intelligence already proved itself against one of, if not the best player the world has to offer. It’s a significant achievement for a significant program that has already surpassed its predecessors in a game that is considered “grand challenge” for artificial intelligence.

Prior to AlphaGo, computer programs tackling Go never surpassed the level of human amateurs. Google’s algorithm won 499 of 500 games played against other artificial intelligence and has blown away expectations. Any additional wins in its challenge versus Sedol will simply be icing on the cake.