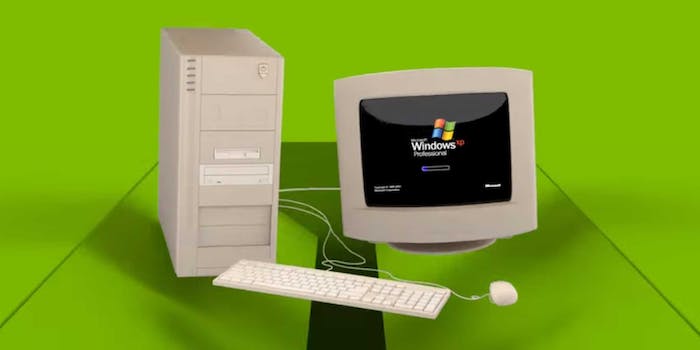 What you need to know about saying goodbye to Windows XP

We knew ye all too well.

We all knew this was coming: Today is the last time Microsoft will release an update for Windows XP. The most surprising part of all this is how many people are still using the operating system. But there’s no shame or judgement here; if you were one of them, there are some very basic things you can do to soften the blow.

First of all, you should know that your XP-operating computer will still work (it will not blow up on site!), but you won’t be able to install new security updates if any issues arise (which is likely, so read on).

As far as security is concerned, Microsoft warns that your computer will be “vulnerable to security risks and viruses.” The more you’re on the Internet, the more exposed to malware, hacks, and viruses you will be… and there’s no fix or protection from here on out, so if you still with XP, it’s at your own risk.

So why is Microsoft giving up on the OS? The company says it’s ending its support of XP “to invest our resources toward supporting more recent technologies so that we can continue to deliver great new experiences.”

Because updates won’t be available after today, new Windows apps will slowly stop being accessible on XPs.

Microsoft’s website provides steps to upgrade your current PC (if possible), but even suggests that you just go buy a new computer. Sorry, holdouts: Windows 8 is your future.

If for some reason you have an XP machine and don’t use the Internet (which means what, you use Paint?) then you can hang onto it. By all means, if you open up to type and print and walk away from the computer, then you can keep on keepin’ on. However, if you intend on using the Internet, using XP means you are walking into a minefield. Naked.

Au revoir, Windows XP. We’ve known this day was coming for seven years, and for some strange reason far, far too many of us are incredibly unprepared. Perhaps a surge in PC sales is in the very near future…