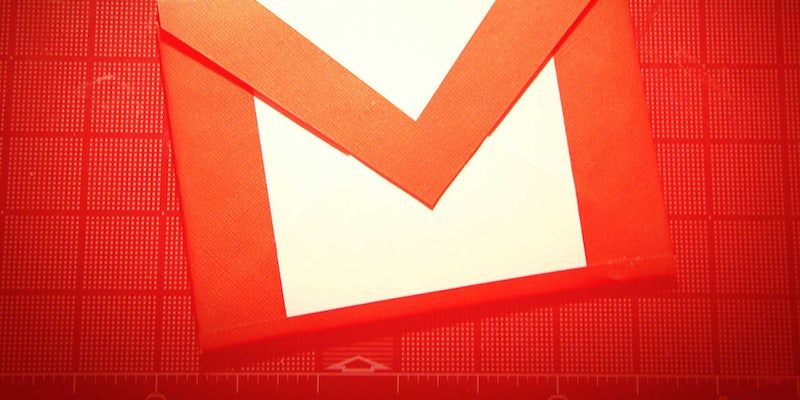 Email privacy protections may have just suffered a major blow from a U.S. court.

In a landmark order that could profoundly impact the ongoing privacy debate in America, a New York federal judge approved a search warrant on Friday that allows federal prosecutors to access absolutely all content in the Gmail or other webmail account of a suspect in a money laundering investigation.

The decision by U.S. Magistrate Judge Gabriel W. Gorenstein of the U.S. District Court for the Southern District of New York allows law enforcement agents sweeping access to a suspect’s entire email history, not just emails that police have demonstrated probable cause to search.

The judge placed no limits on the time frame or manner in which the email account should be searched—parameters judges typically set when approving a search warrant.

Law enforcement must be able to seize documents, Gorenstein said, in order to determine whether or not they fall within the warrant. The new order is at odds with with previous decisions across the country and will certainly not be the final say in the argument.

Arguments about law enforcement’s reach into a suspect’s digital data have risen as high as the U.S. Supreme Court recently. In June, the court decided in Riley v. California that police needed a warrant to search cell phones due to the vast amount of personal information often stored on citizens’ devices.

Gorenstein’s decision stands in stark contrast to that of Magistrate Judge John M. Facciola, who in March blocked an attempt by the U.S. Department of Justice (DoJ) to obtain what he saw as an overly broad search warrant for the email account of a defense contractor. Facciola said the search would be “repugnant to the Fourth Amendment.”

Hanni Fakhoury, Staff Attorney at the Electronic Frontier Foundation (EFF), told the Daily Dot in an email that Gorenstein’s decision directly refutes the privacy protections awarded under the U.S. Constitution’s Fourth Amendment, as well as the Supreme Court’s ruling in Riley.

“I think Judge Goreinstein underestimates the privacy intrusion with collecting all the data or documents in a particular Gmail account. He notes that the Fourth Amendment’s particularity requirement gives officers some latitude to briefly look at irrelevant data to find relevant data,” says Fakhoury. “But in the digital world, that brief look usually entails the actual retention of all the data, relevant and irrelevant, for extended period of time. And that’s exactly what the Fourth Amendment prohibits. Plus, the Supreme Court’s recent decision in Riley v. California … reinforces the notion that digital data can’t be equated with physical items, like papers or file cabinets, because digital data contains so much more information, in terms of both volume and quality. “

Courts allow police to seize and copy large troves of data from hard drives for practical reasons, Gorenstein wrote, and email accounts present many of the same challenges to police.

“We perceive no constitutionally significant difference between the searches of hard drives just discussed and searches of email accounts,” he wrote. “Indeed, in many cases, the data in an email account will be less expansive than the information that is typically contained on a hard drive.”

Clarification: It is unusual for a judge to grant a search warrant without setting strict parameters for the search—especially a warrant on digital communications that can contain vast amounts of personal information. That detail has been added above.