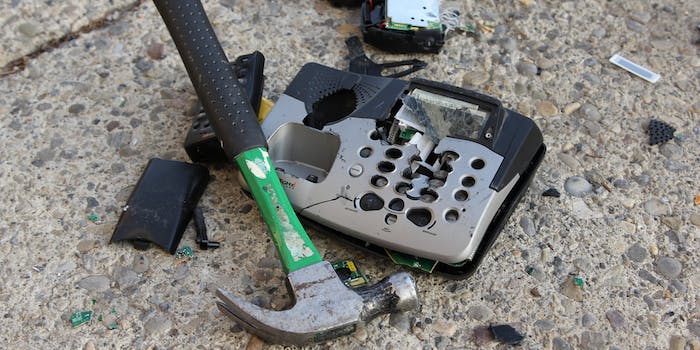 The government will give you $25,000 to kill automated calls

There's a nice payday in store for anyone who can end robocalls.

If you were to make a list of the most annoying things ever created, automated telemarketing calls would probably be pretty close to the top. The Federal Trade Commission feels the same way, so the agency is putting its money where its mouth is and offering a $25,000 payday to anyone who can come up with a viable way to filter out illegal robocalls.

The FTC is asking contestants to invent new ways to identify, and then redirect or forward, robotic phone calls to a honeypot—a central location where data from the calls is kept. Past systems have been able to detect robocalls before they arrive at a number and block the call entirely, while others rely on the recipient of the call to flag and forward it. Over time, those who design robotic calling systems find ways to usurp blocking technology and new methods must be devised.

Once the robocalls land in their final destination, it’s up to the FTC to pursue their origin and do whatever it takes to remove the source. U.S. law states that businesses must first obtain your consent before adding you to an automated calling system, though some choose to violate this rule with little regard.

“We’re using many strategies to fight robocalls, including law enforcement, education, and crowd-sourced innovation,” Jessica Rich, director of the FTC’s Bureau of Consumer Protection, said in a press release. “Following the success of our previous robocall challenges, we’re once again seeking expertise from the public to put a new tool in consumers’ hands, and to develop technology to help law enforcement and other partners investigate these calls.”

Contestants will be given data from an existing honeypot with which to calibrate their systems and give the hopefuls the best chance at successfully combating the robocalls. The first phase of the contest is simply to build a working honeypot system, while the final phase involves putting it to work in the real world to catch as many illegal automated calls as possible.

The top five contestants will be awarded a cool $25,000 for their work, which puts the total prize pot at $125,000. The deadline for the first phase of the competition is June 15, and the top scores from the final phase will be announced at the DEF CON 23 hacking conference taking place in Las Vegas on August 9.