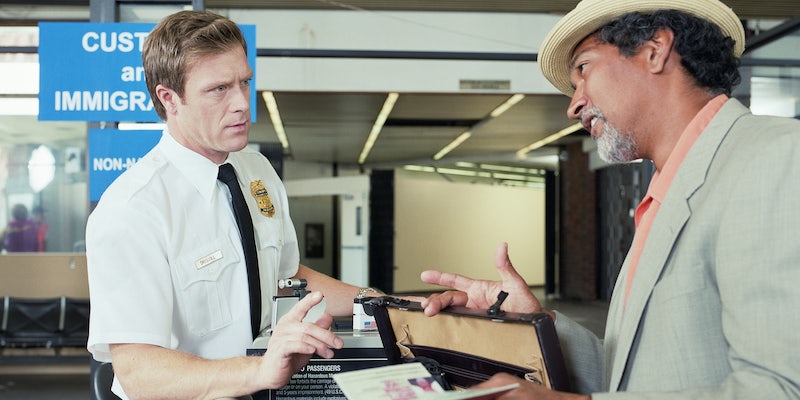 Trump has promised to appeal the decision.

President Donald Trump’s revised travel ban has been blocked by a judge in Hawaii just hours before it was due to come into effect.

The 43-page document blocking the order also argued that the travel ban would harm tourism in the state of Hawaii, as well as impact the ability to hire foreign skilled workers or students.

The revised immigration order included a renewed 90-day ban on travel to the U.S. for people from six Muslim-majority nations: Iran, Libya, Somalia, Sudan, Syria, and Yemen. The U.S. refugee program was also set to stop for 120 days. Iraqi citizens were exempt from the new travel ban, despite having been subject to the first.

The original order rolled out quickly in early February and resulted in chaos in airports as hundreds of individuals, including dual citizens and permanent residents traveling from the targeted countries were detained, questioned, and deported. The policy’s messy implementation sparked protests at locations across the country before it was suspended by a federal court action, angering the president, who accused the courts of interfering in politics.

While Judge Watson’s ruling applies nationwide, a Maryland judge also issued a temporary injunction against the order on Thursday morning in response to a similar hearing.

In the revised travel ban, the current administration had hoped to circumvent the legal frustrations experienced first time round, but following the federal judge’s ruling in Hawaii, it’s clear the new order will face similar constitutional issues.

Reacting to the ruling in a speech at a rally held in Nashville, Tennessee on Wednesday night, the president called Judge Watson’s decision “unprecedented judicial overreach.” He explained that his administration will go “as far as it needs to go,” even to the Supreme Court, to make sure that the executive order comes into effect and overcomes the legal hurdles.

If Trump were to appeal Judge Watson’s ruling, it would ascend to the Ninth Court Circuit of Appeals—the same court that upheld the Seattle judge’s freezing of the original executive order in February.

The Daily Dot has reached out to the White House for comment but has not yet received a response.