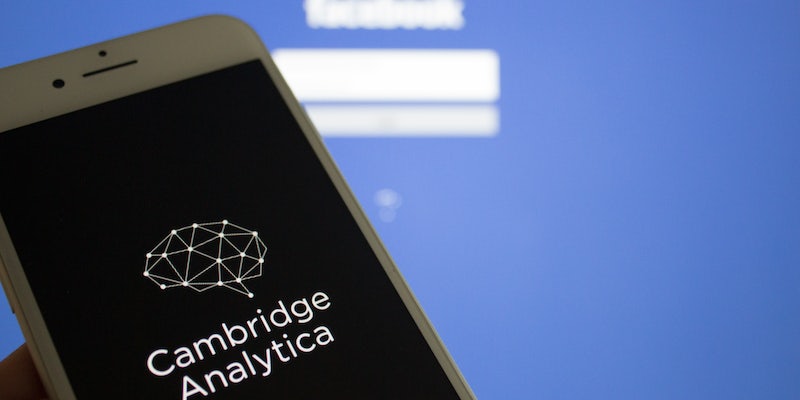 Facebook is now being investigated by the FBI, FTC, and SEC

Facebook’s Cambridge Analytica ties are under growing scrutiny from government bodies. Joining the likes of the Department of Justice, the FBI, FTC, and SEC are all now investigating the social network in the wake of the data abuse scandal, as well.

The center of these investigations is around what Facebook knew three years ago—when it first learned it had created voter profiles based on Facebook-gathered information—and why that information wasn’t disclosed sooner, the Washington Post reports.

In March, we learned that political data firm Cambridge Analytica collected and exploited data on more than 71 million Americans by creating a Facebook quiz that then harvested data on quiz takers, as well as their friends. In April, Facebook CEO Mark Zuckerberg testified before three congressional committees about the matter. Zuckerberg shared more details on what happened, as well as what Facebook is doing since news of the data misuse has gone public.

The Department of Justice, along with the FBI, began investigating Facebook’s Cambridge Analytica ties shortly thereafter, while the FTC began its investigation in March. Facebook previously reached a settlement with the FTC in 2011 over deception with regards to Facebook’s privacy settings. As part of that agreement, Facebook was supposed to notify users and get their permission before sharing their data outside of their privacy settings. The way Facebook handled the Cambridge Analytica revelations may have violated the terms of this settlement.

Facebook has received questions from these four different agencies and says it’s cooperating.

“We are cooperating with officials in the US, UK and beyond,” a spokesperson told Buzzfeed via email. “We’ve provided public testimony, answered questions, and pledged to continue our assistance as their work continues.”

Cambridge Analytica was reportedly forced to shut its doors in May. It had firms located in London, New York City, Arlington, Virginia, and Washington D.C.