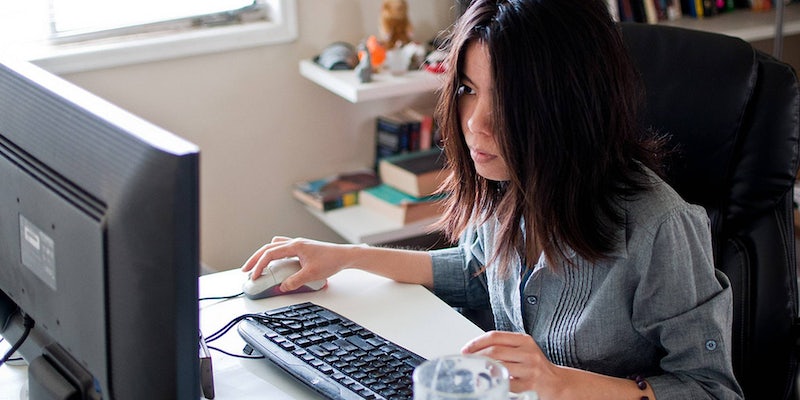 Be careful when you leave that laptop unattended.

If you leave your Facebook account open on your phone or desktop, somebody’s going to snoop on it. At least, that’s what a recent University of British Columbia study found after polling 1,308 adult Facebook users in the U.S.

The researchers discovered that 24 percent—nearly one in four users—admitted to snooping on friends’, partner’s, or family member’s Facebook accounts using the victim’s own computer or phone. Twenty-one percent of those surveyed were knowing victims of this kind of “insider attack” on Facebook.

I can certainly count myself among both those numbers. At a former job, a common prank among co-workers who left Facebook or Twitter open on their desktop was to sneak over, post the status “Poopin,” and then let hilarity ensue. The prank was rampant.

One of the study’s authors told PsyPost that “it’s clearly a widespread practice” (social media insider attacks, that is, not necessarily “poopin”). While sometimes done out of pure curiosity, other times the act is vindictive. Even when it’s done as part of a good-natured joke, it can have harmful consequences, though.

“Although often overlooked, social insiders attacks can have adverse effects,” the study explains. “For instance, posting potentially embarrassing material using the victim’s account (an act sometimes referred to as ‘facejacking’ or ‘frape’) is often dismissed as a prank. However, some of these pranks have been regarded as defacement and resulted in criminal prosecution.” (And hijacking a romantic partner’s social account has led to more than one breakup.)

If you don’t want friends, co-workers, or idle coffee shop goers from reading or posting items to your personal social accounts, make sure to log out every time you leave your computer unattended. Better yet, log out and put your computer to sleep. And use biometric identification (such as a TouchID on an iPhone) for an added layer of security. One of the main points of this survey: Pins and passwords are an extremely ineffective means of account security, at least when it comes to insiders gaining access to your account.