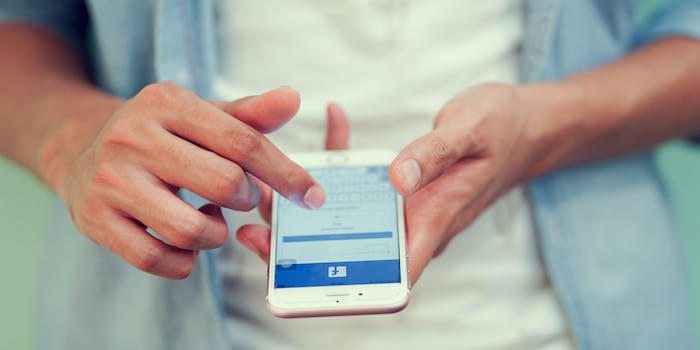 There's been an uptick in politically-funded sites masquerading as news.

Facebook announced on Tuesday that it will attempt to prevent publishers with ties to political groups from being featured in its News tab and will not let them claim exemptions as part of its political ads.

The new policy from the social media giant comes as hundreds of websites backed by political entities that are disguised as local news sites have been discovered. The Columbia Journalism Review earlier this month reported that the websites are designed to look like news pages, but are backed by lobbyists or PACs.

It appears that Facebook is now trying to crack down on such pages having access to certain features. The company said pages that it believes have “direct, meaningful ties to political entities” will not be able to claim a news exemption while running political ads, and will be barred from appearing in its Facebook News tab.

Facebook said it considers a “political entity” as an organization, company, or group “whose predominant purpose is to influence politics and elections,” which includes political parties, campaigns, PACs, Super PACs, and political consultants.

“While these kinds of Pages are allowed on Facebook, we believe it’s important to ensure that when it comes to advertising, these Pages are held to the same standard as political entities on Facebook. That is, they must adhere to the authorization and disclaimer process for ads about social issues, elections, or politics in the Ad Library,” the company wrote.

Publishers who meet certain criteria are exempt from a disclaimer process when posting ads about social issues, elections, or politics. The new policy would bar the politically-backed pages from that exemption.

Facebook’s policy change comes as it has taken heat in the run-up to the upcoming presidential election.

The company has been criticized for taking a lax approach to flagging President Donald Trump’s posts in comparison to other social media platforms. Facebook employees also held a virtual walkout in response to the platform’s inaction over Trump’s posts.

Amid that push back, CEO Mark Zuckerberg said the company would put a warning label on “harmful” posts from public figures.