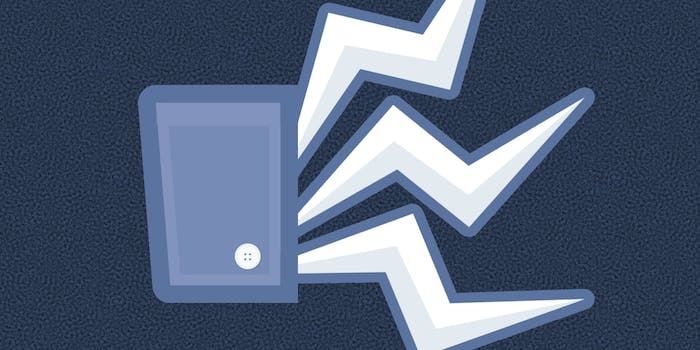 Facebook doesn't care about branding. It just wants you to use its new apps.

When college students across the U.S. first started signing up for Facebook, there was no ambiguity about who made it: Right there across the bottom, it read “A Mark Zuckerberg production.”

And while Facebook wasn’t as in-your-face as Myspace, preferring a subdued look, it was instantly identifiable, consistent branding. Zuckerberg wanted Facebook to be immediately recognizable, and he succeeded.

Now Facebook is re-tuning its plan for success around a very different strategy: Instead of adding to its monolithic primary website and app, the company hopes to grow in 2014 by creating standalone mobile apps without obvious Facebook branding.

Zuckerberg hinted at this strategy during an earnings call at the end of 2013. “We also have a few separate apps that are widely used, such as Instagram and Messenger, our standalone messaging app,” he said in October 2013, discussing the company’s future with investors. “In the future, we expect to develop more of these services to help people share.”

This wasn’t just Zuck ad-libbing; Ellis Hamburger at The Verge learned from a source that this push for standalone apps is an integral part of the company’s growth plan. Hamburger summarizes Facebook’s strategy and its challenge well, noting “Today, Facebook thinks of Instagram internally as its standalone photo app, and Messenger as its chat app, sources say, so where else does the company go from here?”

Will Facebook, which is losing its appeal for young people, gain relevancy back by diversifying its offerings into more apps like Messenger?

It all depends on what these apps are. Messenger can serve as a strong example of doing standalone apps right. It lets mobile users message each other through Facebook chat, but the experience is far more elegant and stripped down than on the desktop version of the site. Messenger has more in common with WhatsApp and Kik than it does with Twitter’s Direct Messages and other native message features for social networks.

If Instagram is Facebook’s unbundled photo app, and Messenger is its chat app, what other standalones might the company be pushing?

From multiple reports circulating this month, it appears Facebook is preparing a news reader app called Paper that will be similar to Flipboard. While the rumors don’t specify whether it will be a standalone app, developing it in that way would make sense if standalones are Facebook’s new strategy.

In addition to a news reader, there are several other Facebook features that could successfully be spun into standalones. Hamburger mentions Events and Graph Search, both of which have potential.

Turning Newsfeed for public posts into a standalone would essentially be re-creating Twitter, but that’s what Facebook’s been trying to do for a while—just look at how it introduced Trending posts to stimulate people to use Facebook more like they use Twitter.

Facebook, with its broken Newsfeed and aging user base, just isn’t a cool brand anymore.  But Messenger is a utilitarian and elegant app, and even though it uses Facebook Chat, it doesn’t feel as stale as the core product.

While Facebook struggles to rejuvenate its image, the strategy of developing appealing standalones could keep its user base happy, even if they don’t realize they’re using Facebook.