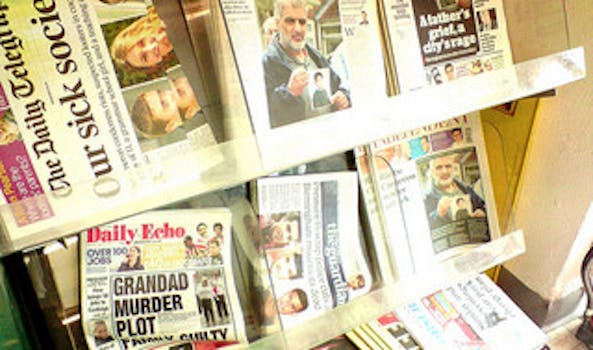 Imagine your Facebook feed delivered to you, along with the top stories of the day, a handy list of headlines.

If sources close to the matter are telling the truth, according to Recode, the social network is getting ready to launch a news reader called Paper. It’s a mobile-based news source that will share many similarities with Flipboard, the sleek news-aggregation app.

A source said Paper will resemble Flipboard because it will put news stories from major publications like the New York Times together with status updates from Facebook users. Flipboard currently offers a combination of high-quality news sources with updates from a user’s social media contacts, similar to Paper. One difference: Flipboard offers updates from Twitter, while Paper will likely focus on Facebook and Facebook-owned Instagram.

Mark Zuckerberg has publicly declared his intention to turn Facebook into a “personalized newspaper,” and Paper sure sounds like a manifestation of that goal. The product will function either as a standalone mobile app or as a Web program that also works on mobile—either way, the product sounds like it’s going to be primarily mobile-focused.

This isn’t the first time sources close to Facebook have circulated stories about a news reader in the works. Back in the summer of 2013, reports surfaced about a similar (or the exact same) project, a mobile-centric news reader.

Recode cites five sources on record saying that the project is internally called “Project Reader,” and it’s headed up by Chris Cox, Facebook’s VP of product.

Many of the details reported by Recode are corroborated with an earlier report from the Wall Street Journal about the same project, so either this is a rumor that a bunch of people are conspiring to spread, or Recode has a viable report. I reached out to Facebook about the report, but it told Daily Dot the same thing it told other outlets: “We do not comment on rumors and speculation.”

Facebook’s newsfeed—despite attempts to improve it—continues to suck profoundly. Paper will be a welcome addition if it helps the company better circulate news. A well-liked digital reader would immensely strengthen Facebook’s reputation as a news hub and likely generate hefty ad revenues. Then again, despite the varied reports, this remains just a rumor, so don’t get your hopes up (and if you’re a Flipboard investor, don’t abandon all hope just yet).