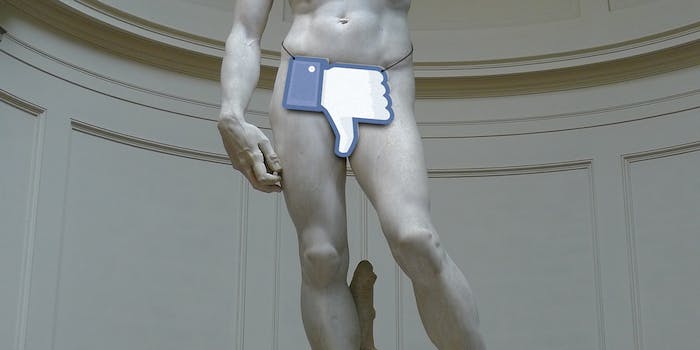 One of the most requested Facebook features is finally going to happen.

Every Facebook user knows what it’s like to live in a world where the only way to express dislike is to do nothing at all, but soon the social network will add a feature we’ve all been asking for for a very long time: the ‘dislike’ button.

In a town hall discussion today, Facebook CEO Mark Zuckerberg revealed that after years of hearing us beg, he’s finally going to let it happen. “I think people have asked about the ‘dislike’ button for many years. Today is a special day because today is the day I can say we’re working on it and shipping it,” Zuckerberg said.

Emphasizing the democratic nature of a plus and minus voting system, Zuckerberg explained that he believes people don’t want to take digs at one another via a binary choice, but simply want to “the ability to express empathy.”

“It’s surprisingly complicated to make an interaction that will be simple,” Zuckerberg explained, though he didn’t go into great detail regarding how the new button will work, or if it will simply be a tally of likes and dislikes in the same way the current system functions.

The dislike button is expected to launch soon, though no specific rollout plans were detailed.

Update 10:16pm CT, Sept. 15: The Facebook ‘dislike’ button will actually be more of an ’empathy’ button.