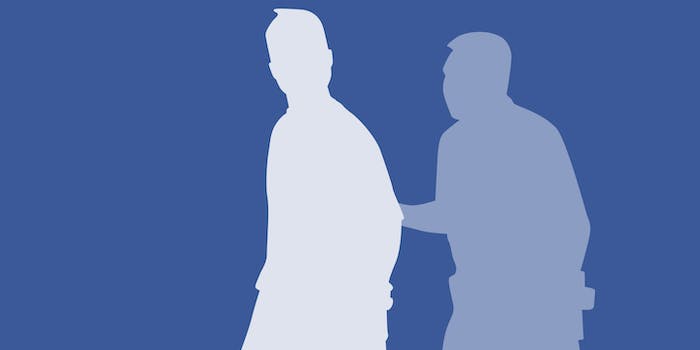 It's hard to support free speech and expand business.

The massacre of 12 people at the Paris offices of controversial newspaper Charlie Hebdo earlier this week brought a tidal wave of solidarity for the victims and support of free speech—even from those who are regularly complicit in censorship around the world.

Facebook, Twitter, and Apple have been among the loudest free-speech grandstanders in the tech world in recent days. However, all three have significant histories of censorship that must be discussed in light of recent events.

Facebook’s Mark Zuckerberg wrote on Friday that “different voices—even if they’re sometimes offensive—can make the world a better and more interesting place.” He also called for a global rejection of “extremists trying to silence the voices and opinions of everyone else around the world.”

Facebook, an increasingly crucial global medium of communication, censors thousands of pieces of content every year, according to the company’s own transparency reports.

Governments in India, Turkey, and Pakistan demand Facebook censor content more than any other countries. Each of these countries has restrictive speech laws prohibiting criticism of religion, the state, and certain leaders. In Pakistan, blasphemy laws in particular have led to a huge growth in Facebook censorship in the past year.

The reason for Facebook’s cooperation in censorship is easy to understand. The company, like any big tech firm, has its eyes on global expansion. To do that, Western free speech ideals are compromised.

Despite Facebook’s so-called transparency report that lists the number of censored items, the actual laws broken and crimes committed are rarely released.

Twitter, which is currently sporting a #JeSuisCharlie banner at their Paris headquarters, has blocked blasphemous content in Pakistan in the past as well—specifically, drawings of the Muslim Prophet Muhammed—in addition to censoring content in Russia.

Twitter also publishes transparency reports, but Bolo Bhi, a Pakistani civil rights group, criticized “the lack of clarity over Twitter’s takedown mechanism and company policy on how it examines such requests.”

Eventually, Twitter reversed course, though it took several months. A Twitter manager once called the company “the free speech wing of the free speech party,” a quote that has been repeatedly brought up by critics of censorship. As the company has grown, however, that mission has become increasingly difficult to uphold.

Apple—the king of U.S. technology giants—has a #JeSuisCharlie banner on its iTunes store. Not only does Apple regularly engage in censorship on its various platforms and stores—it used to be against the rules to even ridicule public figures on the iTunes store—it has actually specifically censored Charlie Hebdo in the past.