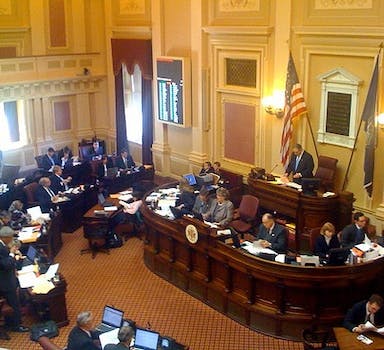 Only 44 percent of the senators, however, are active users.

As of Friday, all 100 U.S. senators and 90 percent of House of Representatives members are now using Twitter.

Twitter’s @gov account, which tracks “creative & effective uses of Twitter for civic engagement,” released a map of the United States highlighting where tweeting delegates are based. It counts all delegates who’ve tweeted since Election Day. 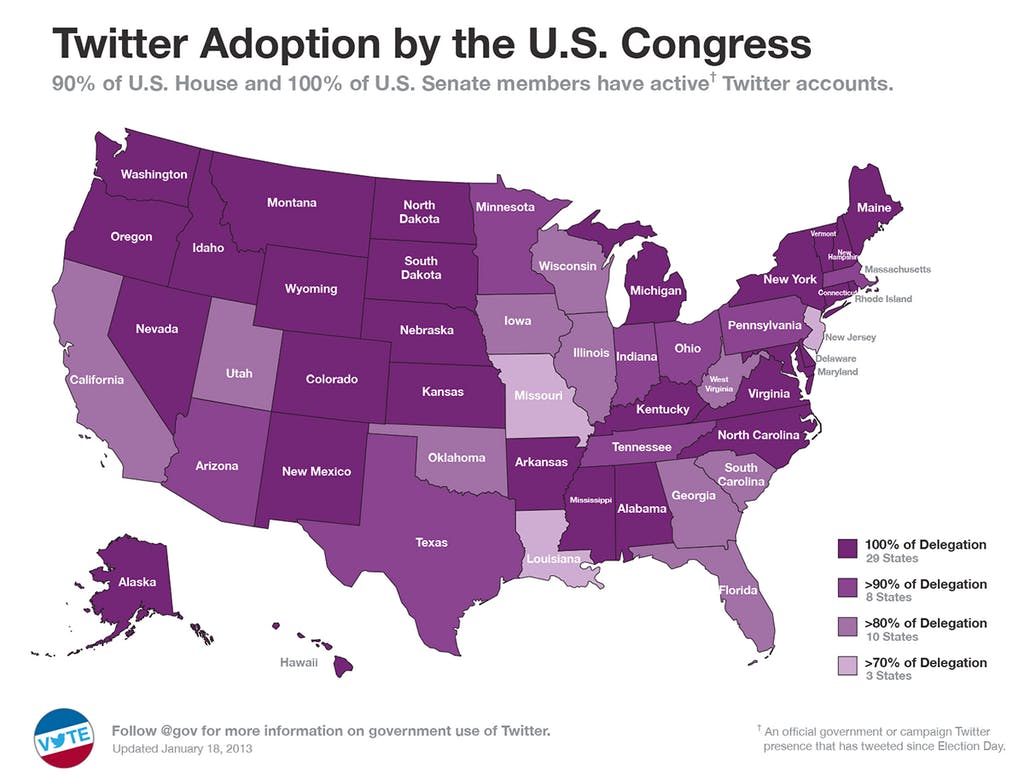 The timing of Twitter’s announcement comes just as President Barack Obama is preparing for Inauguration Day, and shortly after the White House started its official account for First Lady Michelle Obama.

Fingers crossed that with all those delegates tweeting, they’ll pass a law banning anyone from referring to them as “twenators,” “twawmakers,” or anything of the sort.