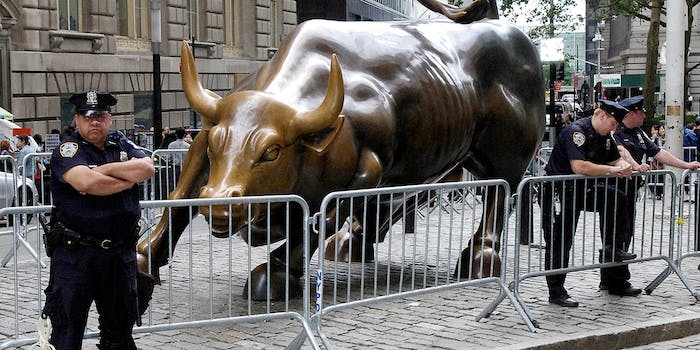 The police department appealed to its audience's emotions in demanding guaranteed access to data.

The New York Police Department is now officially calling for legislation mandating backdoors in commercial encryption, which would guarantee the ability of government investigators to access encrypted data in criminal and terrorist matters.

The NYPD announced its campaign against unbreakable encryption, which it is calling “Unlock Justice,” on Monday morning. It is using the hashtag #UnlockJustice, which until a few hours before the announcement was devoted exclusively to the campaign for sentencing reform.

There are hundreds of cases in which we can't access key evidence due to encryption," -NYPD Chief of Intel. pic.twitter.com/LIqnLpUzUG

The overwhelmingly majority of technologists, cryptographers, and other security experts oppose the creation of guaranteed-access mechanisms in encryption, warning that doing so would dramatically undermine average Americans’ security by creating vulnerabilities in electronic devices and services.

Encryption became front-page news following the Dec. 2, 2015, San Bernardino shooting, which prompted the Justice Department to ask a court to compel Apple to help it break into the iPhone of one of the shooters.

The ensuing legal battle between the government and the nation’s most valuable tech company, which ended when the government abruptly dropped its demand, spotlighted the growing divide between law enforcement, the technology sector, and security experts.

The NYPD, America’s largest police department, brought forth a number of allies and spotlighted key criminal cases to make its argument on Monday morning. It touted support from the Joe Torre Safe At Home Foundation, the Joyful Heart Foundation, Natasha’s Justice Project, Museum of Tolerance, Safe Horizon, and Sanctuary for Families.

The press conference featured a plea from the family of Barbara Mills, a pregnant woman who was murdered last year and whose locked iPhone is the focal point of the unsolved investigation. Supporters of encryption backdoors point to cases like Mills’s in requesting guaranteed access to devices that may contain evidence of crimes.

The NYPD displayed photos of a pregnant Mills in her wedding gown at its announcement event.

Ms. Barbara Mills: We won't have peace until Brittney's killer is found. Someone needs to be held accountable. pic.twitter.com/j8GpMWiQ9J

In calling for encryption workaround, the NYPD rallied to a cause advanced by Manhattan District Attorney Cyrus Vance, who, along with FBI Director James Comey, is one of the most prominent voices opposing unbreakable encryption.

Vance has sharply and loudly criticized companies that have implemented end-to-end encryption on their devices, including Apple, which added it to the iPhone in September 2014. The district attorney has claimed in testimony before Congress that his office has hundreds of locked iPhones that are styming progress on criminal investigations.

The Daily Dot obtained documents relating to several of these investigations, which include drug users, fraudsters, muggers, and a child abuser. Every case that the Daily Dot was allowed to review concluded with a conviction despite authorities being unable to access the smartphones in question.