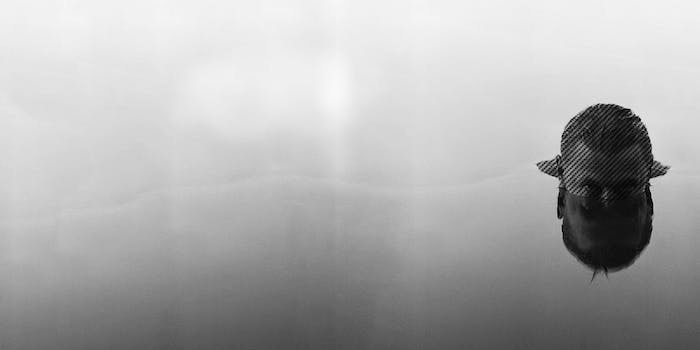 It's like a nightmare version of CBS's feel-good TV show, Undercover Boss, with acts of charity replaced with snooping and scolding.

While New York City mayoral candidate Anthony Weiner was littering the Internet with dick pics under the pseudonym Carlos Danger, the CEO of a major U.S. corporation was allegedly indulging his own version of fun with online pseudonyms.

Under the name Eli Wexler, Sears Holdings CEO Eddie Lampert allegedly went undercover in the company’s internal social network, snooping on conversations and scolding employees, according to a report in Bloomberg Businessweek.

He did it mostly from the safe confines of his $38 million home in South Florida. Lampert, a self-made billionaire who launched his own investment firm in his 20s, doesn’t like flying and only visits Sears’s Illinois headquarters twice a year. Pebble, a business class social network, was probably a dream come true for Lampert: Cubicles and departments swapped places with private online chats and forums. A click of the mouse replaced an hours-long plane ride.

According to Businessweek, Lampert dipped his toe into pseudonymous stalking for “noble” reasons at first. It was a way to both be a part of honest conversations, where people wouldn’t worry about the big boss listening in, and to understand what was happening across the company.

Eli Wexler (a reference to Yale, Lampert’s alma mater) quickly morphed into something else entirely. He scolded employees and got into arguments. It’s like a nightmare version of CBS’s feel-good TV show, Undercover Boss.

What’s really fascinating is that it didn’t take long for employees to figure out Wexler and Lampert were the same person. Everyone started changing their behavior on Pebble because they knew Lampert was looking over their shoulders. Talk about efficient.

Here’s how Bloomberg described it:

Word got around that Wexler was Lampert. Bosses started tracking how often employees were “Pebbling.” One former business head says her group organized Pebble conversations about miscellaneous topics just to appear they were active users. Another group held “Pebblejam” sessions to create the illusion they were using the network.

Meanwhile, as Lampert was allegedly stalking his employees on Pebble, Sears’s profits were plummeting through the floor. The company has lost $4 billion two years straight, according to ABC News.

Now, more than a week after the allegations were dropped by Businessweek, the media-shy Lampert has finally denied them. A Sears spokesman told ABC: “Any suggestion that Mr. Lampert was using a pseudonym on Pebble to interact with associates is patently false.”

To prove it, the company provided screenshots of Lampert’s real-name profile on Pebble, which of course doesn’t prove a thing (surely it’s not hard to craft a second identity on the social network).

If Sears could find a real employee named “Eli Wexler” in its HR databases, that might actually prove something. Because unless the 20 people Businessweek spoke to were experiencing a mass hallucination, Wexler never existed in real life.

And if Lampert wasn’t behind the troll, then who was?