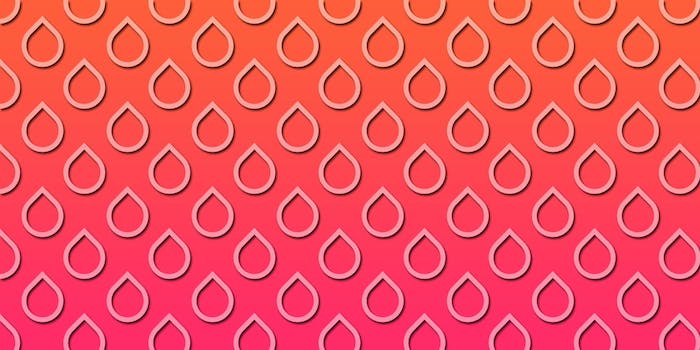 A new app called Drop is everything Yo wants to be

Yo is an app, but only just barely. Sending a single word—”Yo”—to a recipient is quite literally the only thing the app can do, which isn’t surprising when you consider it was originally conceived as an April Fools’ joke. The company behind Yo has grand ambitions to turn it into a speedy notifications app, but now it appears that Drop has beaten them to the punch.

Drop is a lot like Yo in that it’s lightweight and fast, but it’s also very different from Yo in that it’s, you know, actually useful. With Drop you can search for topics that interest you, like sports teams, your favorite TV shows, or more general subjects like technology or fashion, and get updates curated by other Drop users. If you have a particular interest or expertise that isn’t yet accounted for, you can create a channel of your own and gain subscribers who will see everything you post.

Drop handles links quite elegantly as well. For updates where the user could benefit from additional reading, links can be embedded into each notification. When a Drop message has a link included it will have a tiny asterisk at the end of the notification, and tapping the message itself takes you to the URL that is hidden within. It’s simple and fast, and doesn’t push obnoxious URL text onto your screen where it doesn’t belong. 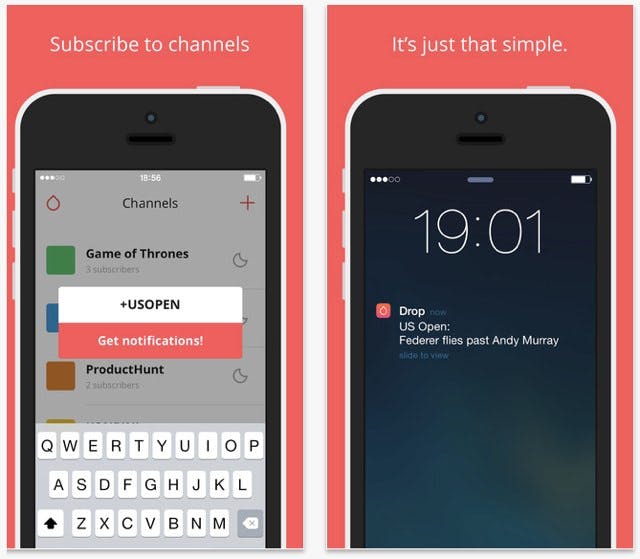 It’s very reminiscent of Yo’s stated plans to turn the single-word messaging service into a more robust messaging and notification client which can push updates like an RSS feed. Getting a short summary of a news story along with a link to read more fits nicely into today’s news-at-a-glance trend, and if Drop didn’t already exist, Yo might have had a chance to make something of itself.

Yo has also noted its intention to add profiles and user avatars at some point down the road, which stands in contrast to Drop’s no-name, no-identity approach. As someone who has more usernames and profiles than I know what to do with, I appreciate the opportunity to get useful links and news updates without having to maintain yet another online identity. That’s exactly why Drop could become “a thing.”

At the moment—yesterday was Drop’s launch day, after all—there aren’t many quality channels to subscribe to. If it remains as stagnate as it is today, there won’t be much to see, but if other websites, news outlets, and (oh no!) celebrities join, it could be a great way to get quick updates without having to open an app and search for them.

Yo’s reason for existing is already practically non-existent, and if the company decides to add more redundant functionality to the app (why do I need a user avatar for an app that sends two letters at a time?) it’s quite clear that the pipedream of a useful Yo app will remain just that.