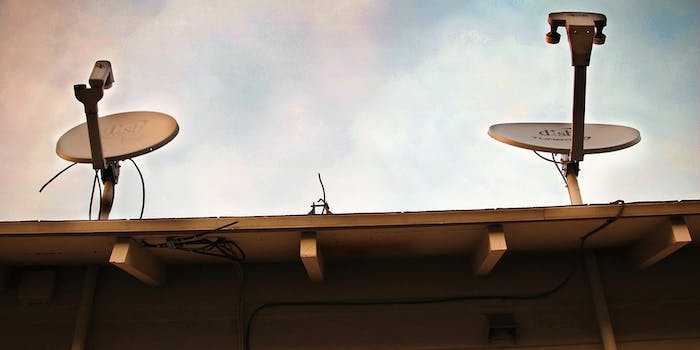 Dish Network to take Bitcoin as payment for TV service

It will be the largest company to accept the cryptocurrency.

Just days after Bitcoin rose above $550 in price, U.S. satellite television provider Dish Network has announced that it will become the largest company to ever accept the cryptocurrency as payment.

With 14 million subscribers, annual revenue of $13.9 billion, and 34,000 employees around the world, Dish dwarfs the company that had until this point been the biggest accepter of Bitcoin, Overstock, an online megastore that does $1.3 billion in annual revenue.

Dish will begin to accept bitcoin in the third quarter of 2013 with Coinbase acting as payment processor. Coinbase, one of the most prominent and powerful Bitcoin startups in the world, also processes payments for Overstock.

Overstock hit $1.6 million in Bitcoin transactions yesterday, a growing number that accounts for less than 1 percent of its total revenue.

Overstock CEO Patrick Byrne had this to say of Bitcoin on Fox Business Channel:

Coinbase made an aggressive pitch at Dish to instantly transfer all payments into dollars at “an attractive cost for Dish,” Bernie Han, Dish executive vice president and chief operating officer, said a statement. “Bitcoin is becoming a preferred way for some people to transact and we want to accommodate those individuals.”

Bitcoin fans are understandably ecstatic at the news, not just because of the entry of a business mammoth to the scene, but also the accompanying press attention that brings Bitcoin a spotlight its users so desperately desire.

Bitcoin’s price has remained consistent today, selling at around $565 steadily since the announcement, as of press time.

Photo via rafael-castillo/Flickr (CC BY 2.0)