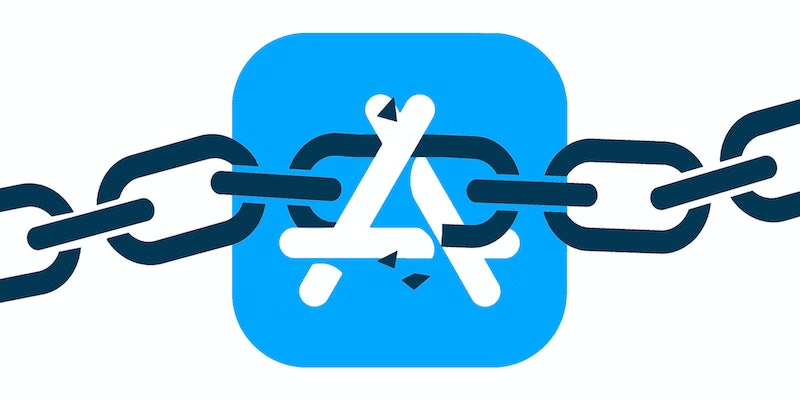 Digital rights groups launch an educational campaign to push for antitrust reform, according to a press release.

Digital rights groups are launching an educational campaign to continue to push for antitrust reform, according to a press release.

“Apple is not fooling anyone,” said Benjamin Ismail, Project Director at AppleCensorship.com, which is run by Great Wall. “Over the past decade, it has thoroughly engaged in censorship and collaboration with repressive regimes such as Russia or China to protect its financial interests.”

The initiative is lobbying for the passage of the Open App Markets Act (OAMA), which aims to create more competition in app stores like Google’s Play Store and Apple’s App Store. The bill would allow users to download their own apps onto phones, apps that don’t have to come from app stores run by the tech giants. The bill would also ban app stores from favoring their own products and stop big tech from forcing developers to use their own payment systems.

Apple and Google long opposed the legislation, with Apple CEO Tim Cook saying the proposed rules would “undermine” privacy and security protections on Apple products in a speech this week.

“Taking away a more secure option will leave users with less choice, not more,” Cook said in a speech. The speech comes as Apple faces increased scrutiny from regulators in the United States and in Europe over its monopolistic tendencies and its App Store.

The OAMA bill, introduced in the Senate by Richard Blumenthal (D-Conn.), Amy Klobuchar (D-Minn.), and Marsha Blackburn (R-Tenn.), moved out of the Senate Judiciary Committee in February by a 20-2 vote and was placed on the Senate calendar, but a full vote has yet to be scheduled.

Big tech has lobbied against the bill, with one main exception: Microsoft. Microsoft came out in support of regulation against Apple in 2020, saying that the company’s App Store policies are worse than similar practices that saddled Microsoft with antitrust violations in the 2000s. The lobbying effort is testing the influence of Google and Apple, as outrage against big tech practices swell and support for regulation grows.