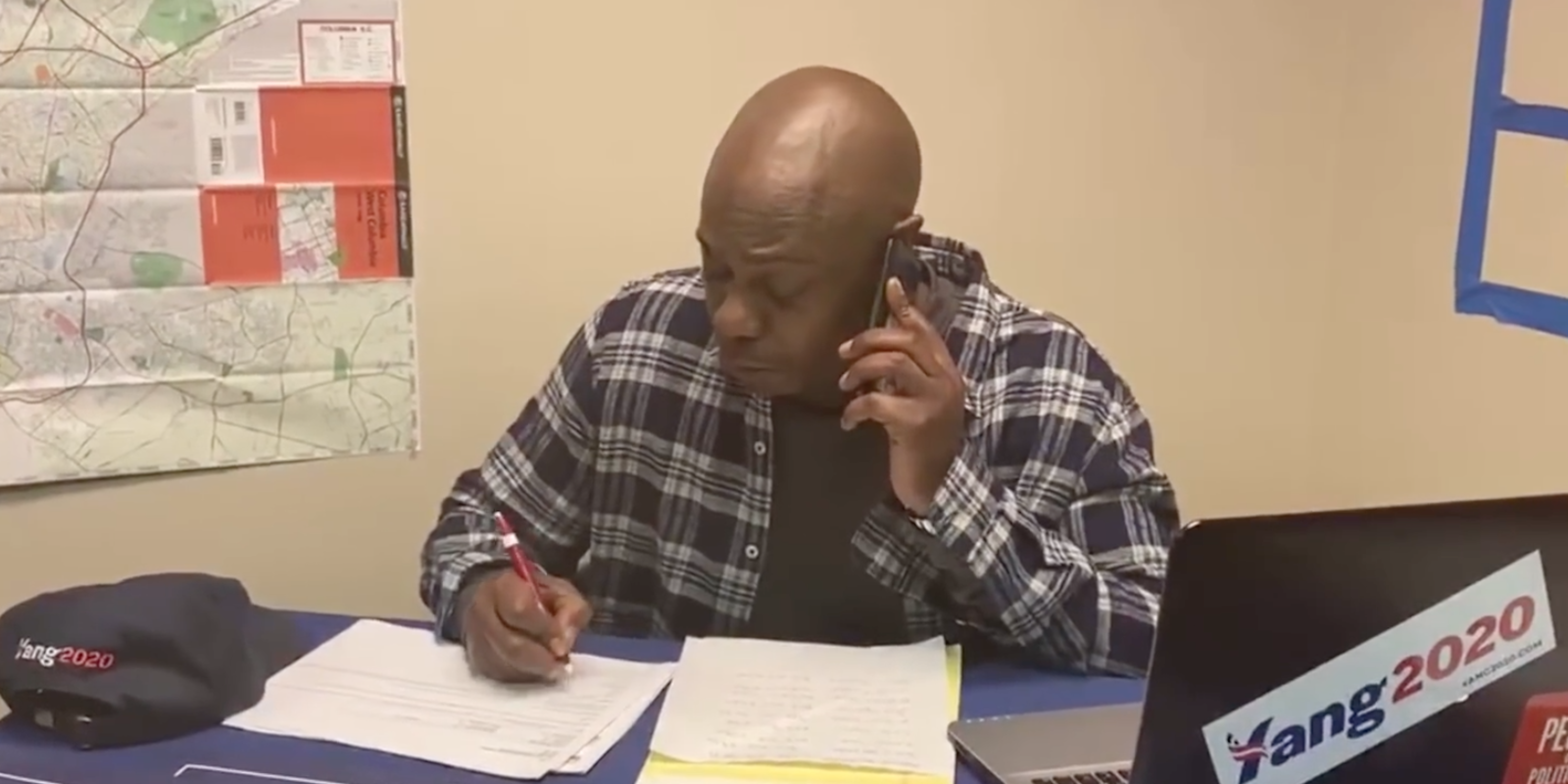 Chappelle has been campaigning for Yang in South Carolina.

In the video, he makes jokes about Trump with the woman he speaks with.

Chappelle asked a woman named Melissa how she currently rated Yang, on a scale of 1 to “Trump.” The woman, who said she loved Yang, replied for him to punched her in for a solid “1.”

He later announced himself, “I’m Dave Chappelle. I’m a world-famous comedian,” leading to laughs from campaign personnel watching Chappelle do the call.

He closed the call by thanking her for the support and said “Wu-Tang” as he hung up, a reference to a joke from his acclaimed show.

Chappelle likes so Yang so much, he’s performing concerts in South Carolina, talking up his candidacy. He also recently did a press briefing for a campaign rally.

“You hear people say stuff like ‘Make America Great Again.’ Well how about make America feel better again,” Chappelle told reporters. “And I think [Andrew Yang’s] platform handles a lot of the emotional content of what being an American is like.”

The comedian isn’t the only celebrity on-board. Donald Glover is also an ardent supporter and is a creative consultant on the campaign.