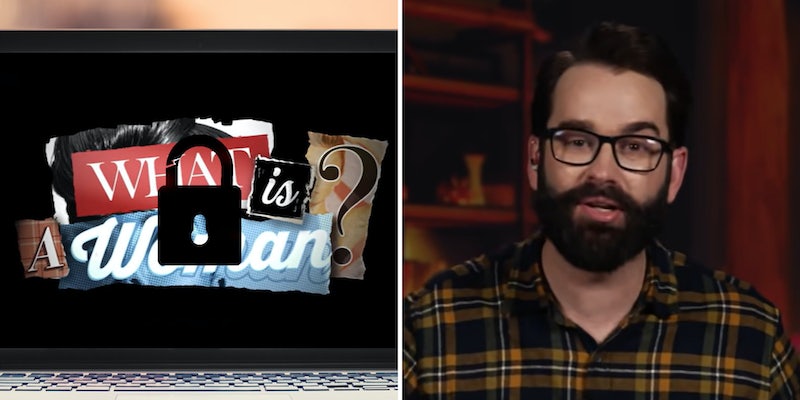 Did the Daily Wire actually get hit with a DDoS attack during the launch of its transphobic new documentary?

Some people are skeptical.

The Daily Wire released a transphobic documentary on Wednesday. The company claims that it was the victim of a distributed denial of service (DDoS) cyberattack tied to the release.

This is possible. Hackers have reemerged as a political force in the last few years.

But some are casting doubt on that, wondering whether the Daily Wire is simply misconstruing longstanding functionality issues as an attack, potentially to drum up publicity for the documentary.

After all, when people experienced the same issue months ago after the site dropped an interview with President Donald Trump, the Daily Wire didn’t announce it was under siege.

Eric Ellason of SlickRockWeb, a digital firm that specializes in web security, says that in his expert opinion, the Daily Wire most likely didn’t experience a massive DDoS attack.

Via Twitter direct message on Thursday morning, Ellason told the Daily Dot, “I checked with sources within the hacktivist community and no one knew anything about it or had even heard that this is what was being claimed.”

Hackers have a tendency to boast about their work, as they typically want credit and like to needle the victims of their attacks. However, the Daily Dot has not seen any group or entity take credit for the supposed DDoS attack.

Matt Walsh of the Daily Wire is a transphobic right-wing commentator who’s spent years attacking people who don’t conform to his concepts of acceptable gender identity and expression. Walsh previously declared this year he would wage “an all-out assault on gender ideology.”

To that end, Walsh spent at least the last several months working on a transphobic documentary called What is a Woman?

The Daily Dot previously reported that Walsh’s effort included creating a fake company to trick transgender people and others into giving him interviews and using transgender men’s photos without permission. Duplicity is central to the creation of this documentary

The company timed the release of What is a Woman? to the first day of LGBTQ Pride Month.

On Wednesday evening, Daily Wire cofounder Jeremy Boreing tweeted that the site was experiencing delays, which he hinted could be the result of a cyberattack.

“Too early to say if the glitches are a result of a DDoS attack or human error. There is an enormous amount of traffic on the site, which should not be causing these delays,” Boreing wrote.

People in the comments reported a variety of experiences. Most said they’d had no problem watching it, while others reported issues with various browsers or the login process.

Other Daily Wire employees boosted the claim of a politically motivated cyberattack.

“The Left does not want you to see this film,” Walsh tweeted. “They will do anything to silence us.”

Most people commenting on Walsh’s tweet reported that they’d had no issue watching What is a Woman?, experienced a minor delay, or had trouble logging in. People who commented on the Daily Wire’s blog about the supposed attack reported similar experiences, with some saying they’d had no issue watching it and others reporting delays of up to an hour.

Even some of Walsh’s purported fans doubt the hacking claim.

“Took me several tries and I missed the first 25 minutes,” wrote one in response to his tweet. “Thank you for the link Matt, but honestly the site is buggy 24/7 so I’m skeptical that anything was rigged.”

Neither Walsh nor the Daily Wire responded to an emailed inquiry seeking additional confirmation they’d been attacked and asking for comment.

Ellason of the tech company SlickRockWeb is among the skeptics.

“If they have solid evidence of a DDoS attack, and it will be very obvious in their server logs, then they should submit it to the FBI so that the FBI can investigate those malicious IP addresses,” he said.

“If that does not happen we will know it was a publicity stunt.”

People have been complaining about login issues with the Daily Wire for over a year.

Last October, one person complained, “Please fix the DW app….it keeps asking to login and repeats over and over again!”

When the site debuted a special Candace Owens interview with Trump last December, numerous Twitter users had the same complaint about logging in.

UpDownRadar, which tracks issues with website’s functionality, did report a “possible outage” on the Daily Wire between Wednesday night and early Thursday morning. It doesn’t indicate what may have caused it.

Comments on UpDownRadar show that people include complaints about login issues with the Daily Wire for over a year.

Online, people are still frustrated with accessing the documentary, days after the alleged DDoS attack.

“Daily Wire had a streaming movie event last night that they had been promoting for days and structurally they just couldn’t accommodate a larger than normal simultaneous influx of viewers streaming video on their site,” Ellason said.