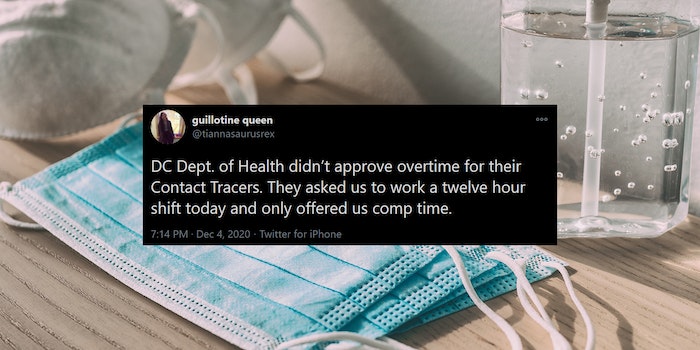 She compared her compensation to that of police

The D.C. Department of Health (DOH) supposedly fired a contact tracer for exposing the agency for not paying workers overtime in a tweet.