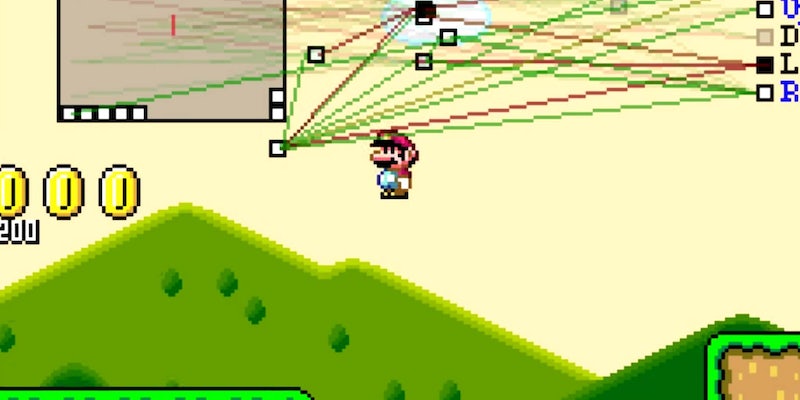 The program learns what works and what doesn't.

Elon Musk must be shaking in his boots right now: A YouTube user named SethBling has created a program that mimics our brain chemistry to learn how to learn how to play Super Mario World.

The cleverly named MarI/O tries to create the same neurological connections that our brains make when trying to learn and solve a problem. In this case, the problem is Super Mario World. The program will randomly try various permutations of movement until it eventually finds one that leads to winning the level.  It’s fascinating to watch the graphical overlay showing how the program makes connections—much like the synapses firing in a human brain.

MarI/O learned how to beat the level in 24 hours, which is pretty impressive.

Perhaps this is the inauspicious beginning of artificial intelligence. We get computers to understand simple video games. Soon, they’ll learn humor and poetry. And maybe, shortly thereafter, the robots will have had enough of human shenanigans and take over our society. It could happen. Who knows?

In the meantime, MarI/O just wants to play some video games.