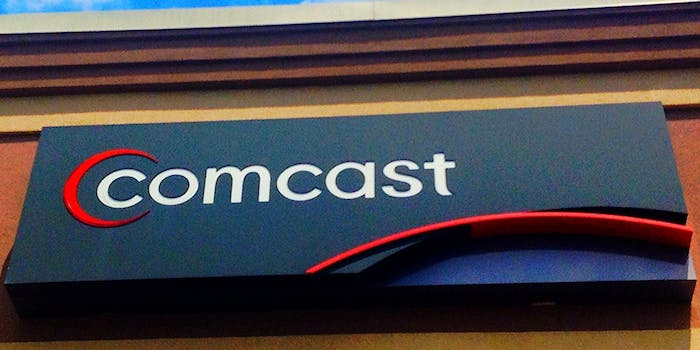 There are 13 sections to this bad boy.

When you call Comcast to cancel your account, you get connected to a customer service representative who is being paid to do everything he or she can to change your mind. The fact that this—in lieu of prompt and polite assistance with your actual needs—is what Comcast pays its employees to do is bad enough, but did you know that there’s an entire handbook outlining how to retain customers?

A Comcast employee gave The Verge a copy of the manual, which has 13 categories corresponding to different sections of the call, including “Set the agenda,” “Ask targeted questions,” “Take ownership/make offer,” “Overcome objections,” and “Close the save.” The language reads like something out of a Mad Men training session.

The Verge noticed that Comcast lists certain conditions under which their reps should not attempt to “overcome objections” and “close the save.” These include “Customer is moving in with an existing Comcast customer,” “Customer is moving to a non-Comcast area,” and “Natural disaster.”

For the record, the easiest way to get out of an attempted “save” is to say that you’re moving and you don’t know your new address. Comcast lists this as another exception scenario.

One of our favorite parts of the retention handbook lists words that reps should use to make customers feel good about their service.

Some of the handbook’s other instructions to Comcast reps sound positively bizarre. Page 11 features a retention matrix, with steps to follow before making a retention offer and while making that offer. In the case of a “bill too expensive” scenario, Comcast suggests that its reps “ask targeted, probing questions.” Probing? Really? Is this a Comcast support call or an alien abduction?

In that same scenario, which arises because a customer believes their bill is too expensive, Comcast actually recommends that its reps “discuss the value of additional services which fit the customer’s needs” (emphasis added). Comcast isn’t just training its reps to retain sales; it’s training them to upsell people who already think they’re paying too much.

Comcast’s instructions to reps dealing with a “rate increase” scenario state that the rep should “remind customers that competitors also increase their rates frequently,” which sounds like the corporate sales equivalent of two wrongs making a right.

Reps handling retention are scored based on how effectively they perform in each of the 13 sections of the call. A “highly effective” score of 12 in the “overcome objections” section requires that a rep “made it clear that alternatives are available but several discussed needs will be unfulfilled by those alternatives.”

The final section of the handbook, “end on a positive note,” suggests situation-specific closing lines like, “Glad we were able to get you back up and running. Enjoy watching the Game of Thrones tonight. Thank you for calling Comcast and have a great evening.”

H/T The Verge | Photo via JeepersMedia/Flickr (CC BY 2.0)