Cloak lets you pinpoint your friends' location data—so you can avoid them.

Do you suffer from an extreme form of generalized anxiety disorder, or are you just an alum of the Larry David School of Avoiding the Stop-And-Chat? If either of these things are true, you’ll really dig Cloak, an app that uses your social media data to determine where your friends are—specifically so you can avoid them. 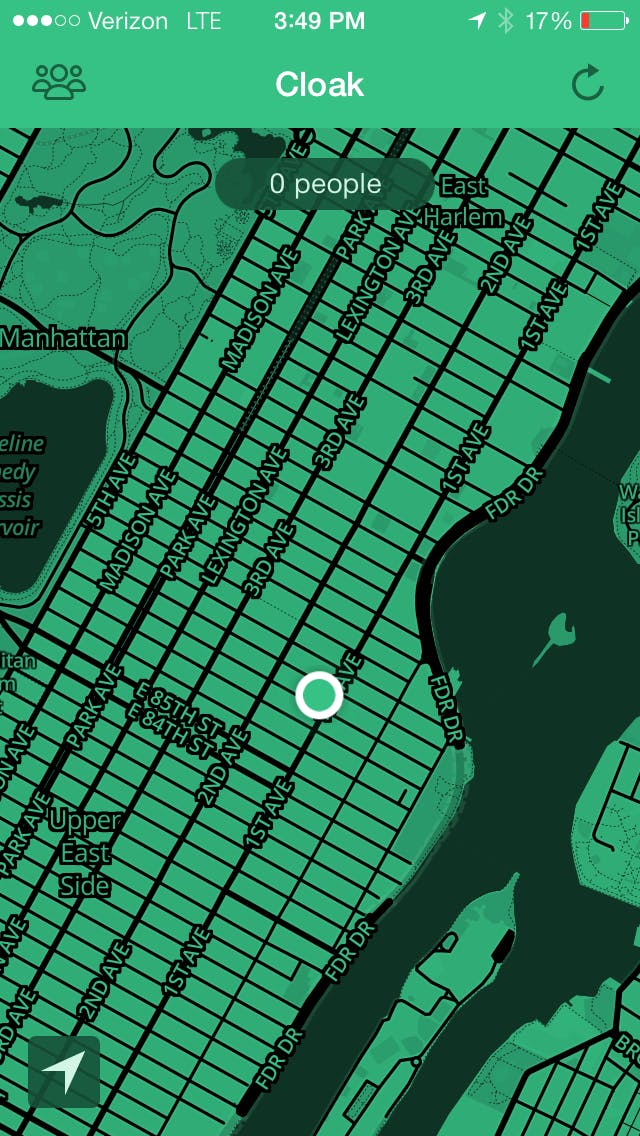 Created by former BuzzFeed employee Chris Baker, Cloak uses your location data from Foursquare and Instagram to pinpoint where your friends, acquaintances, ex-boyfriends, and relatives you forgot to send thank-you notes to for their Christmas presents are on a map, so you can avoid running into them. (My map didn’t bring up any of my friends, but that’s not so surprising, as I’m the youngest resident of child-bearing age in my neighborhood by at least 40 years).

If you’re trying to avoid running into a specific individual, you can flag individuals on your contacts list and have the app bring up just their last known location. Or, if you’re particularly misanthropic, you can have the app reveal the locations of all of your friends, so you potentially never have to leave your apartment to interact with a fellow human again. Which is awesome, because as everyone knows, people are terrible.

Of course, there are a few issues with Cloak, chief among them being that it requires everyone on your contact list to be the kind of person to religiously check into Foursquare and Instagram, so if you’re trying to avoid an ex who’s not particularly social media-savvy, you’re out of luck.

The other issue with Cloak is that it sounds an awful lot like Hell Is Other People, an app that came out last year that also uses location data to show where your friends are on a map and recommends “safe distances” from them. Both Cloak and Hell Is Other People use your data from Foursquare (Hell Is Other People also links to Google Maps), and both even describe themselves as “antisocial” networks (although to be fair, that pun is not necessarily the hardest thing to come up with).

So for instance, if I were about to head to the Flatiron District and I didn’t want to run into anybody downtown, I would know to avoid the area between 23rd and 14th streets on 5th Avenue, whereas Cloak would’ve let me blithely wander right into the danger zone without any regard for my safety/desire not to see or talk to anyone.