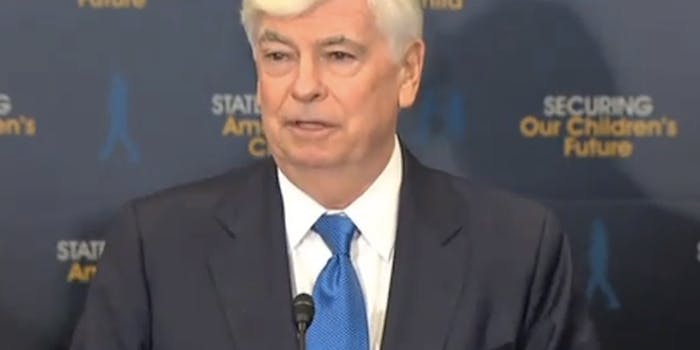 MPAA chief says SOPA and PIPA “are dead; they’re not coming back”

Chris Dodd, CEO of the Motion Picture Association of America, says the controversial anti-piracy bills SOPA and PIPA are gone for good. The MPAA's next plan for fighting pirates has yet to be revealed.

The head of the Motion Picture Association of America, one of the most vocal lobbying groups behind the Stop Online Piracy and Protect IP Acts (SOPA and PIPA), revealed a changed position Tuesday: “These bills are dead; they’re not coming back.”

Chris Dodd, the MPAA’s Chairman and CEO and a former senator, gained notoriety in January for his staunch support of those bills, which would increase the government’s ability to shut down Web pirates, but according to critics would make it far too easy to censor other websites, too.

When millions of Americans and thousands of websites participated in an Internet strike against the bills, Dodd seemed to go down with the ship, threatening that “Those who count on quote ‘Hollywood’ for support need to understand that[…]their job is at stake,” and has since threatened that the bills will return once he can shore up more support in Congress.

But Dodd carried a different a tune Tuesday, in a speech in San Francisco titled “Creative Content and the Cloud.” According to the Electronic Frontier Foundation, which livetweeted the event, Dodd said that both “First Amendment rights are critically important,” and “I would do anything and everything I could to protect the vitality of the Internet.”

Of course, Dodd might have a different idea of what those concepts mean than your average Internet activist. Though he remarked in his speech that “First Amendment rights are critically important,” Dodd condemned the popular SOPA blackout in comments made earlier this year, calling it “an abuse of power” and asking “that the White House and the Congress will call on those who intend to  stage this ‘blackout’ to stop the hyperbole.”

Dodd has also praised both the Democratic and Republican National Committees’ newly-adopted stances on Internet freedom, though neither party’s platform gives a specific definition of the concept. Dodd has interpreted both to be in favor of strong copyright protection and has subsequently sung their praises.

We’ll likely learn what the MPAA’s next plan to address Web piracy is in coming months. Former Senators are barred from formally lobbying for two years after they leave office, which means Dodd can return to Washington in January. Speaking about combatting illegal downloads, Dodd told Variety that “I can’t say anything to them about this [until 2013], but I think my colleagues understand how important this is.”