Nintendo expands its mobile strategy with the debut of its first mobile runner game.

Called Super Mario Run, it’s what it sounds like—a running game. It will be free to download for iPhone and iPad, with paid content available later in the game. It’s already listed in the App Store (kinda early, but OK) and you can sign up to be notified when it’s released, which Nintendo says will be during the holidays. 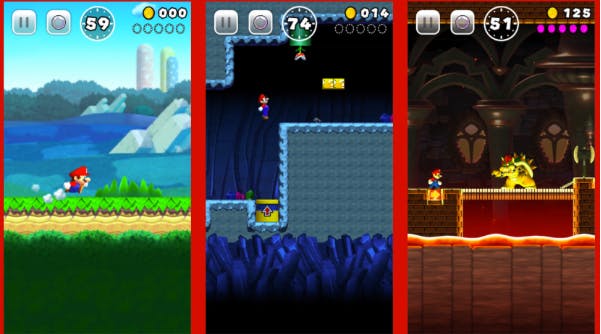 Super Mario Run’s modes include a basic coin-collecting adventure as you run for the goal, and a competitive mode where you can compete against the moves of other players who have gone through the course. There’s also a third mode where you can “create your own Mushroom Kingdom,” according to Nintendo’s press release. There are no further details just yet, but here’s hoping that means a level-building option.

While you wait, you can download a free Mario-themed sticker pack from the App Store for iMessage, which is due out sometime this month.