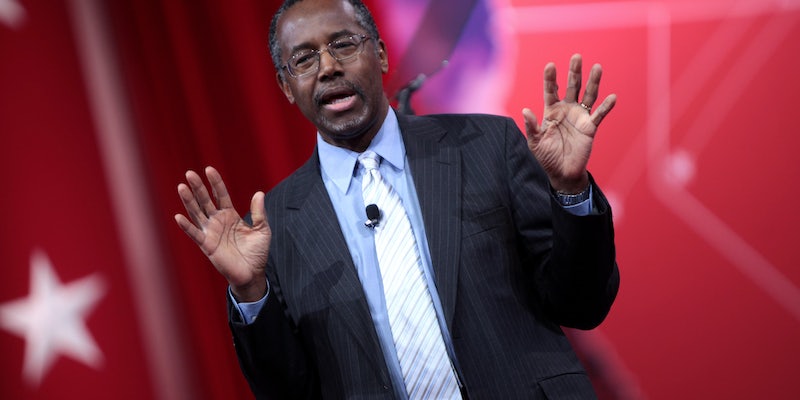 The former pediatric neurosurgeon made what will go into the history books as one of the greatest gaffes in political history on Thursday.

Carson, whom President-elect Donald Trump nominated to run the Department of Housing and Urban Development (HUD), said during his confirmation hearing before the Senate Committee on Banking, Housing, and Urban Affairs on Thursday, “It will not be my intention to do anything that will benefit any—any—American.” He then clarified, “It’s for all Americans, everything that we do.” 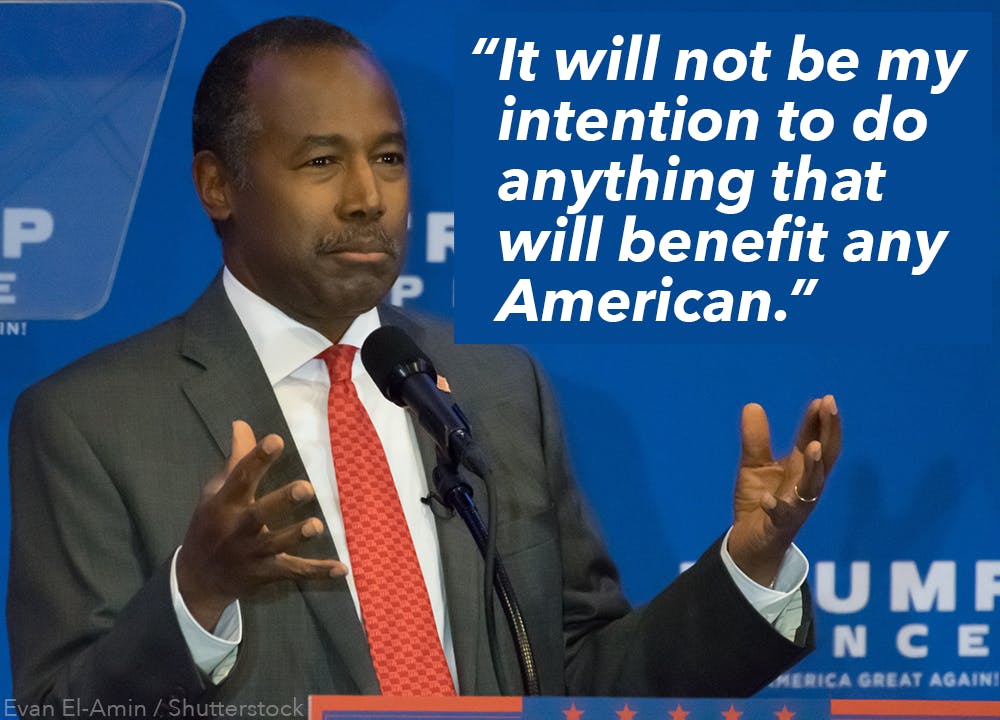 The obvious gaffe came in response to a question from Sen. Elizabeth Warren (D-Mass.), who asked Carson whether he would make decisions that would improperly benefit “either the president-elect or his family.” Carson would control billions of dollars in funds as head of HUD, if the Senate confirms his nomination.

A 2016 Republican presidential candidate, Carson has an interesting history with language. During a Republican debate in February 2016, Carson coined the phrase “fruit salad of their life” when answering a question about how he would vet Supreme Court nominees. In his home, Carson—a devout Christian—has a verse from the Bible chiseled into his wall with the name of the book “Proverbs” misspelled.

With the Senate expected to confirm many of Trump’s nominees, America can at least count on benefitting from more Carson gaffes over the next few years.