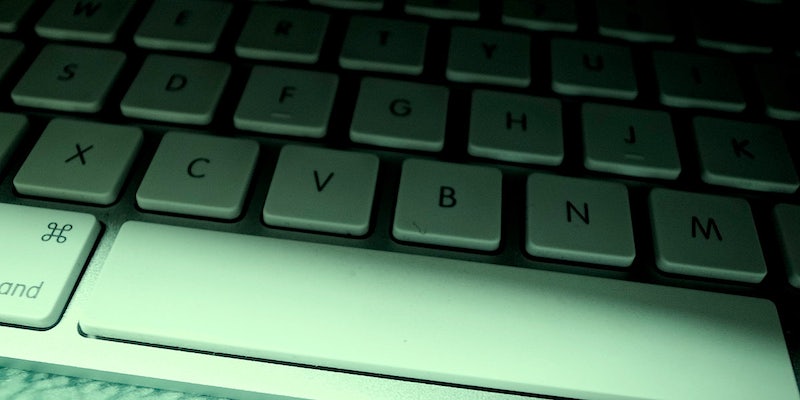 Free-press campaigners are concerned about the 'chilling effect' on journalism.

British authorities have invoked terror powers to seize the laptop of a BBC journalist known for landing interviews with Western-born jihadists.

The police obtained special authority from a judge citing the U.K.’s Terrorism Act to seize the laptop of Secunder Kermani, a reporter for BBC Two’s flagship news show Newsnight. Kermani, who joined the program last year to report on militant groups, recently secured an interview with a man in Syria who has publicly identified himself as a member of the Islamic State, according to the BBC.

Ian Katz, editor of Newsnight, said in a statement: “While we would not seek to obstruct any police investigation, we are concerned that the use of the Terrorism Act to obtain communications between journalists and sources will make it very difficult for reporters to cover this issue of critical public interest.”

The BBC would not confirm which police force was behind the seizure; however, the Press Gazette reported on Thursday that the Thames Valley Police applied through the crown court in August. According the Gazette, the BBC was present in court but did not contest the application. The news corporation later stated that it had engaged in “lengthy negotiations” with the police force before the order was issued.

Kermani’s BBC colleagues and free-press campaigners have criticized the use of a law intended to target terrorists on a reporter, warning of a potential “chilling effect” on journalists. This even though Kermani’s source was not confidential and had featured in past Newsnight reports.

“Yet again we have a situation where the police are riding roughshod over press freedom and using anti-terror legislation to get their hands on journalistic information,” Michelle Stanistreet, general-secretary of the National Union of Journalists, said in a statement.

“There are serious questions to be answered about why the order obtained by the police warranted the seizing of a journalist’s laptop—which may well have contained confidential information on other sources and other stories too,” continued Stanistreet. “Using journalists as tools of the police in this way has a chilling effect on press freedom and hampers the ability of journalists to protect their sources and do their jobs properly and with integrity.”

Kermani is not the first journalist targeted by the British government in the name of national security. In 2013, the Guardian newspaper was forced to destroy in its basement hard drives containing files leaked by former National Security Agency contractor Edward Snowden. The Terrorism Act was also invoked that year when British authorities detained David Miranda and seized his electronics at Heathrow airport. Miranda was traveling home from Berlin to Brazil to his husband Glenn Greenwald, the journalist entrusted by Snowden with a cache of classified NSA material.

Last year, Kermani interviewed Jake Bilardi, an Australian teenager who converted to Islam and ran away to join the Islamic State. The 18-year-old died in a suicide attack in Iraq that killed at least 17 people in March. Bilardi reportedly told the journalist: “I came here chasing death, I might as well kill as many kuffar [non-Muslims] as I can.”

H/T the Independent | Photo via Toshiyuki IMAI/Flickr (CC BY SA 2.0)